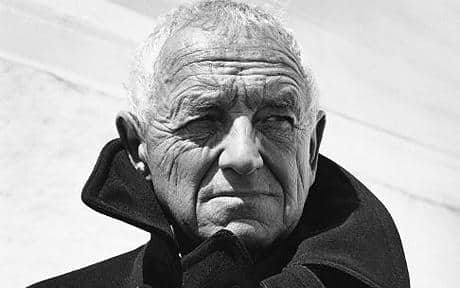 This handout photo courtesy of Brandywine River Museum in Chadds Ford, Pennsylvania shows US Painter Andrew Wyeth in 1983 .US painter Andrew Wyeth has died at his home in Pennsylvania at the age of 91, a spokeswoman at the Brandywine River Museum, which has an extensive collection of his work, said January 16, 2009. Wyeth had been suffering from a “slight illness” and died in his sleep at his home in Chadd’s Ford near Philadelphia, Laura Englehart, the museum’s public relations coordinator, told AFP.AFP PHOTO/BRANDYWINE RIVER MUSEUM/BRUCE WEBER/HANDOUT/RESTRICTED TO EDITORIAL USE/NO SALES =GETTY OUT= (Photo credit should read BRUCE WEBER/AFP/Getty Images)