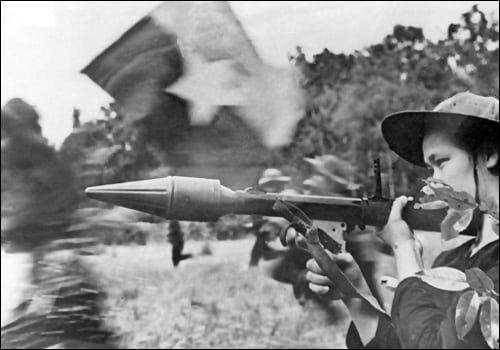 The country is being torn apart by the Vietnam War. The Tet Offensive underscores to the American public that the North Vietnamese are far from defeated. Martin Luther King Jr. is assassinated in April and Robert Kennedy, months after declaring his intention to run for the presidency, is shot and killed in June. Meanwhile, the U.S. economy is changing too. Gross domestic product has grown to $909 billion, and manufacturing still accounts for a quarter of the total. In 1968, Congress repeals the requirement for gold to back U.S. currency, moving the country away from the gold standard. Ultimately, the move will provide more flexibility for government monetary policy.