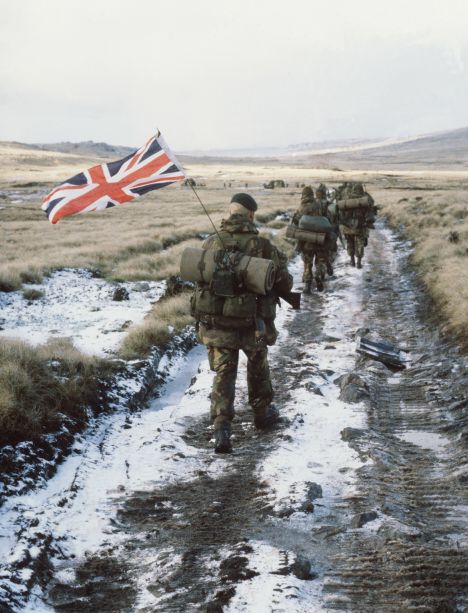 Royal Marine Pete Robinson (Peter Robinson) of 40 Cdo RM anti tank troop attached to 45 Cdo RM yomping towards Port Stanley, Falkland Islands, with the Union Jack flying from his backpack. The image was taken in June 1982 as the Marines approached Port Stanley, picking their way across a minefield, when word that the Argentines had surrendered and another Marine produced the flag, which Robinson strung from an aerial in his pack. The image became one of the iconic images of the Falklands War.