The History of Aluminum use

Aluminum is now one of the most widely used metals, but one of the hardest to refine due to it’s reactivity with other elements. Even as late as 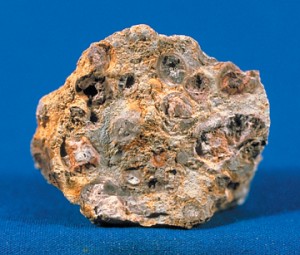 the turn of the century, Aluminum was considered very valuable and in turn expensive, even more expensive than gold. In some cultures, when a function was held (for example, a party) by wealthy people, only the most honored guests would be given Aluminum cutlery, the others had to make do with gold or silver cutlery.

A Description of the Aluminum ore, including a list of it’s contents

Pure Aluminum oxide is known as alumina (Al2O3). This is found as corundum, a crystalline. Aluminum can also occur as cryolite (Na3AlF6). Traces of other metal oxides in Aluminum oxide tint it to make it form stones (often precious) for example: chronium gives a red colour to rubies, and cobalt makes the blue in sapphires.

How Aluminum Deposits are formed

Aluminum (like many other metals) is not found in it’s pure form, but associated with other elements in rocks and minerals. An aluminosilicate such as felspar (KAlSi3O8) is the main constituent of many rocks such as granite, which is quartz and mica cemented together with felspar. These rocks are gradually weathered and broken down by the action of carbon-dioxide from the air dissolved in rainwater forming ‘kaolin’. This is further broken down to form other substances, ultimately resulting in the formation of Aluminum deposits.

Where and how Aluminum is mined?

Aluminum is never found in it’s pure state until it has been refined. Aluminum is made when refining alumina, which is in turn found from the ore ‘bauxite’. Bauxite is often mined in the opencast method. Aluminum deposits are found in many countries, but the countries with significant deposits include: Guinea, Jamaica, Surinam, Australia and Russia.

How is Aluminum refined?

One method is the ‘electrolytic process’. This is performed when a low voltage current is passes through a bath containing alumina in the molten form. The alumina is broken down into Aluminum metal which collects at the bottom of the bath at one electrical pole, the cathode, and the oxygen which reacts at the other pole, the anode, to give carbon-dioxide and some carbon-monoxide.

The uses and properties of Aluminum

Aluminum is now the second most widely used metal, after iron. Aluminum and it’s alloys, such as ‘duralumin’, are used as structural metals for a wide variety of products from aircraft to cooking utensils. Aluminum foil is used to wrap food and is also being used to replace copper wire in electrical windings. Aluminum mirrors are used in some large astronomical telescopes. Some Aluminum ores are found in the form of gems and precious stones. Aluminum is also used in the making of vehicles such as aircraft due to it’s strength and light weight, but is not used so much in cars due to it’s cost.