Athens and Sparta: Similarities and Differences

One of the greatest city states of all time was the city state of Athens from which we take many of our modern ways.  Their government was a full democracy in which they had an assembly was all male citizens over 25 years old, they had a council of five hundred which was chosen by lot of people over 30 and they proposed laws to the assembly.  Then there was the court where there were no judges and the juries were very large, the archons which were the nine people with the most power before the assembly took it away from them.

The Athenians descended from the Ionians in the attica region.  Their city was mainly located on acropolis’. They had all around education 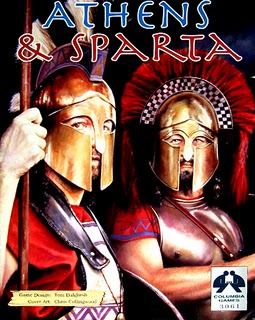 which meant everyone was entitled to education not just the rich.  They were also concerned with money and they also had unproductive soil which meant they would have to find other ways to make money, so they became sea traders.

Unlike Sparta their slaves had legal rights which meant they could be freed if the owners of them thought to do so. They also had Draconian laws which were pretty tough laws and sometimes unfair.  Since they had slaves they had a lot of time to pursue cultural interests and led their society forward intellectually, so they got into making dramatic plays for their enjoyment.

Then came the council of Elders which was made up of 28 men over 60 and they proposed laws to the assembly.  Then there were kings who were elected by the assembly and served as high priests, judges, and army commanders. Then came the Assembly which was all citizens over 30 who elected officials and voted on major policies.

Their government was Totalitarian. The Spartans descended from the Dorians and were located in the Laconia region.  Their city was built in a valley and had no walls because they said they could defend themselves from invaders.  Unlike the Athenians, their soil supported farming but they were culturally backward, which means we never got anything out of their society’s way of life.  They had no real family life and were very militaristic.

They spoke in Laconic phrases which meant they answered or spoke in as little words as possible (ex. yes, no, maybe, etc.).  They were forced to marry at 30 so they could produce as many children as possible and unhealthy children were left to die.

The society of Sparta was composed of citizens who were the direct descendants of the Dorians then there were neighbors which were people from other cities and nationalities living inside their cities who weren’t as accepted as the citizens.  Then there are the Healots which were their slaves, compared to Athens their slaves were treated less than dirt.

The smart and strong slaves were put to death because of the fear of revolt because slaves outnumbered citizens there.  So you can see how culturally opposite these two people are.

Why was there a war between them?