At the beginning of human history, we had to satisfy our energy needs (for food, heat and movement) by using our own muscle power and gathering or hunting naturally available plants, animals and wood. Each stage in the evolution of human society (the development of farming, domestication of animals, harnessing of wind and water power) increased the average per capita energy use, but it was the Industrial Revolution and the exploitation of fossil fuels which marked the transformation of societies into the energy-intensive economies of today.

Since the eighteenth century the industrializing countries have come to rely on non-renewable energy resources, and at present about 80 per 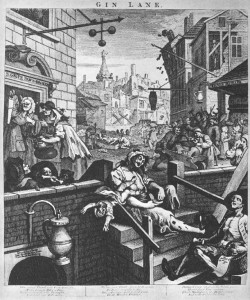 cent (Myers, 1994) of the world’s commercial energy is derived from oil, coal and gas. Although it has been observed that the growth of energy consumption is closely correlated with the increases in gross national product thus our economic development, the major sources of energy (that is fossil fuels) are ‘stock resources’. Fossil fuels are consumed by use and the current consumption patterns are non-sustainable. It is recognized that energy conservation and the development of renewable energy sources will be needed to sustain economic growth.

The quantity of ultimately recoverable fossil fuels is limited by geology and remains a matter of suspicion, but the view of the 1970s that scarcity was imminent is still popular. It is the 1973 Oil Crisis marked the transition from abundant, low-cost energy to an era of increasing prices and scarcity. Today concerns over scarcity have been overtaken by the question of whether human beings can afford to meet the environmental costs of continued fossil fuel consumption. One of the most widespread concern related to global climatic changes.

Climate represents normal weather condition of an area over a period of many years. This is in contrast to weather which is the day to day changes in the atmosphere. It is now realized that our global “climatic normals” had fluctuated in the past millions of years which was nowhere related to human activities. Nevertheless, with the increasing human population and our reliance on fossil fuels since the last century, we have definitely ‘participated’ in the climatic changes which are taking place to a certain extent.

Since the Stockholm Conference in 1972, more and more attentions have been drawn to the issue of global warming, which the increase in global temperature is caused by the atmospheric greenhouse effect. We have greenhouse effect because some trace components of our atmosphere re-absorb and retain certain wavelengths of heat radiated from the Earth’s surface, and the burning of fossil fuels have increased the troposphere concentration of all of these compounds, especially carbon dioxide # (CO2).

‘Pollution’ of the atmosphere from the consumption of fossil fuels has many effects. Perhaps the best know are modifications that have led to 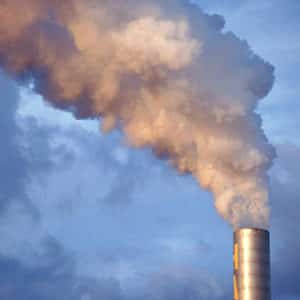 In some ways carbon dioxide cannot be classified as an air pollutant as it is reasonably abundant in the natural atmosphere (0.03%), and it is a basic product of all fossil fuel consumption. Although the chemical reaction in combustion of fossil fuels is not always simple, it can be summarized as the release of the carbon combined with atmospheric oxygen atoms to form carbon dioxide. This process is often referred as respiration, such that:

Here, we see that carbon dioxide is not an impurity, as a matter of fact; life on the earth is somehow depending on this gas, either directly through photosynthesis (plants) or indirectly via the food-chain (animals). Nevertheless, this gas plays an important role in the heat balance of the earth, because of its distinctive heat-storage properties.

The burning of peat, coal, petroleum or natural gas (all carbonaceous materials) virtually returns the atmospheric carbon that had been removed hundreds of million years ago by trees and plants in their process of photosynthesis. Thus in a sudden, relatively brief span of time, less than two centuries, the contemporary atmosphere has become burdened with vast additional quantities of a strong infrared absorber, because of the utilization of fossil fuels in this period. It is believed that the level of carbon dioxide has been increasing. Measurements of the CO2 concentration have been carried out at an observatory on Mauna Loa, whose data is most quoted and most complete. Observations show a steady rise in atmospheric carbon dioxide of about 1 ppm per year over the past quarter of a century. At the South Pole station, the upward CO2 trend closely parallels that at Mauna Loa (Kraushaar, 1988). Forecasts based on the current rate of fossil fuel consumption suggest that by the year 2065 the CO2 concentration will increase from its present value of 350 ppm to a value of 600 ppm. It has been estimated that the 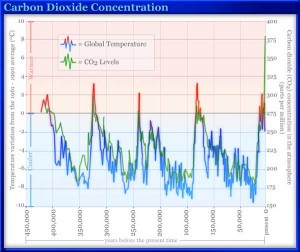 pre-industrial level of carbon dioxide have been as low as 260-70 ppm by volume (Goudie, 1994). Thus, it appears that the industrial world is increasing the atmospheric CO2 contents by an appreciable amount.

It is arguable that the increase in CO2 concentration may not be induced by fossil fuel consumption since the carbon cycle is always operating, it could be due largely to a reduction of the biomass. However, Kraushaar and Ristinen suggested that the net biotic pool of CO2 has not been modified sufficiently to account for the carbon dioxide increase. They said that, “Although there has been cutting of forests, there has also been intensive agriculture established by irrigation of land that was previously not very productive.” and the combustion of fossil fuels is that major source of the increase in atmospheric CO2. Moreover, as the amount of fossil fuels consumed each year is approximately known, the CO2 released can therefore be estimated. Together with the level of CO2 concentration obtained in various stations in the earth, it is calculated that 52% of the 14 billion tons of carbon dioxide is being retained in the atmosphere per year; and 37% sinks into the oceans, whereas the depositional locations of the remaining 11% remain mysterious at present (Kraushaar, 1988).

The next question comes with the effect of these carbon dioxide increases on global climate and here is where the controversy lies. Vostok ice-core data suggest a close correlation between CO2 levels and mean surface temperature over the past 160,000 years (Benarde, 1992), but scientist still cannot figure out whether carbon dioxide leads temperature shifts or temperature changes leads CO2  shifts. There may even be a third factor provoke both CO2 and temperature changes. Moreover, the upward trend of the contemporary global warming only lasts for 15 years (Tolba, 1992). There have been much fluctuation on temperature before 1900. For example, in Europe, particularly low temperature normals have been experienced during the period 1430 to 1850 A.D. Therefore, ‘global warming’ could just be another natural fluctuation in temperature. At present time, using our current understanding on the atmosphere that based on hypotheses and models, we cannot yet make accurate predictions on the future climate.

Although there are still many problems regarding the relationship of carbon dioxide and global climatic changes and even global warming itself, there is little question that climate (temperature) and CO2 are inextricablely linked (from the ice-core studies) and the temperature of the earth has been increasing over the last decade. More on that, it is a fact that the burning of fossil fuels do release infrared-absorbing carbon dioxide to our atmosphere. Therefore, it is just a logical conclusion that the greenhouse is here, as it always does. It appears that there is excessive heating within the greenhouse which is induced by our increasing rate of fossil fuel consumption, and the problems that lies behind global climatic change are far reaching. Perhaps, the real limit to our fossil fuel consumption will be the CO2 problem but not the size of the resource. A Chinese proverb says that “prevention is better than cure.” Approaches to energy conservation could be the key.

Interesting summary of the issue… needs to be proofread for grammatical errors.