The properties of light have been understood by physicists to be completely fundamental to our understanding of the universe, however defining these properties have proven difficult to elucidate. What is light? What is light composed of? Does light obey classical physics? These questions are important to answer when considering physical phenomena that involve light.

One of the most important discoveries involving light was made by Einstein in 1905. Einstein proposed a theory called the photoelectric effect, which has important real world applications. The basic underlying

principle of the photoelectric effect states that as electrons absorb energy due to incoming light, these electrons can sufficient energy to be emitted from that material (solid, liquid, or gas). This discovery was fundamental to describing light because it explained light as being carried as quantized packets of energy. For example, electrons can only be emitted if they absorbed a specific frequency of light (Energy=hf, where h is Planck’s constant and f is frequency). If the quantized packet of light does not match the energy required by the electron to be emitted, then that electron will remain in the atom’s orbit. This crucial discovery won Einstein the Nobel Prize in 1921. The real world applications of the photoelectric effect can easily be seen today. In an effort to be more environmentally friendly, many countries around the world have adopted policies to increase the proportion of solar energy derived to meet energy demands. Solar panels utilize Einstein’s photoelectric effect because the sunlight absorbed is used to free electrons in the solar panels, which then create an electrical current that can be harnessed to do work.

It’s been hard to understand the nature of light because it doesn’t obey classical physics. Some properties of light are so counter-intuitive to everyday life that it is hard for us to wrap our heads around. Einstein’s special relativity paper in 1905 truly provided strange implications due to the nature of light. One thing Einstein noticed was that the speed of light is constant despite the frame of reference. Imagine if car is going at 100 km/h in the northern direction and car B is going at 100 km/h in the southern direction. Classical physics would tell us that relative to car A, car B is going at 200 km/h. What would the speed of light be if a person is going at 1,000,000 m/s and is approaching a light beam? Will the speeds be additive and equal 301,000,000? The answer is no. The speed of light is always measured to be 300,000,000 m/s despite the speed of observers in varying frames of reference. The consequences of this finite upper limit on the speed of light provide interesting consequences that can be difficult to understand. 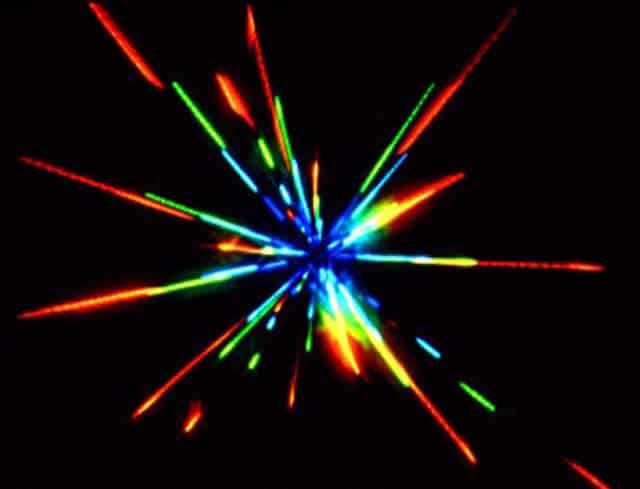