The Advantage of TV Commercials 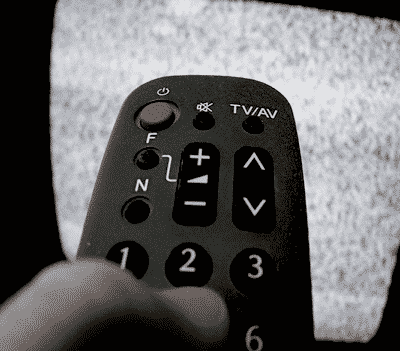 It began in the early 1940’s and to this day still is in many of our lives, even more so then before.  It’s the TV that I’m referring to.  The TV started only as only musicals on it,. But eventually proceeded up to today’s oriented world, with movies, sports, and violence.  Today more than 98% of all households have a TV.  Over 75,000,000 of TV sets are color.  To how haw our lives depend on TV; according to A.C. Nielsen, America watches more than 7 hours per day.  Many people say TV has many disadvantaged, like expensive commercials.  For example, on 30 second commercials in the 1984 Super Bowl cost approximately 450,000 dollars.  If you just look at the price it sounds costly, but in reality TV is one of the most cost-efficient media there is.  Not only is cost an advantage of TV commercials, so are TV’s impact credibility, selectivity, and flexibility.

Television is powerful in may ways, mostly by having the ability to combine all major medial into one media called commercials.  TV commercials are like direct mail because it comes directly to the consumer in his or her house.  It is like the radio because TV has to have sound to make it powerful impact.  It is also similar to print or newspapers because TV is able to show the product alone, in a setting, or in use.  Finally, unlike any other advertising vehicle, TV can portray the object in motion while the other forms of media cannot.

TV is believable mostly because of the old of “seeing is believing” an that is what TV does.  Commercials  have an unbelievable capacity to induce belief because of this old saying.  The other major print that make TV commercial believable is that the actors make the commercials and A or the A+.  What is meant by this is that when and actor uses a product on TV and has a satisfying look on his or her face, that’s implying that the product is doing it’s job effectively.  Also the actors can demonstrate the product tooo  The most common way to prove a product worthyness, is to test it against a well known competitor.  All of these ways make TV commercials not only very believing, but also very persuading.

Finally, TV commercials are flexible they are flexible in the way they can purchase time on TV locally, regionally.  TV is also flexible in how both local and national companies can use this type of media if it suits their needs and budget.  As one can plainly see, if you own a nationally known business, you can broadcast their selling messages either from coast to coast or in selected local markets.  As stated before, the reason small companies can advertise with TV commercials is because of it’s comparatively low cost to all other forms of media.

With such a vast number of people being affected by a TV commercial, there is no doubt that it is, by far the best form of media  TV commercials have the ability to reach people, it’s powerful, believable, selective, and flexible.  The availability of getting a commercial is high, with a price on it to hopefully fit your budget.  While the other forms of media a good job at communicating with the buyers, TV commercials top off all other ways of media by the advantages stated before.