With ¼ North Americans being affected with a mental illness sometime in their life, people can see that living in a family with one member affected by a mental illness is quite prevalent. From this lone statistic, one would think that 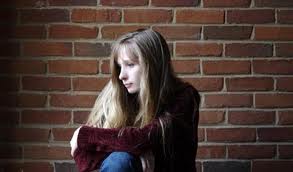 The first type of mental illness is defence mechanisms.  These are ways of dealing with the world and are not very effective and can be unhealthy. These types of mental illnesses can include acting childish and being in denial. Even though these may seem like simple problems, they are categorized as mental illnesses. The main problem when living with a family member who is suffering from this type of mental illness is simply annoyance from the individual and the extra care needed for that individual. If a child continues to act like a child even once he or she should have reached a more mature state in their life, this can be a problem for the family because it will simply take extra work for the parents to help their child and hopefully help their child mature. Same goes for if their child is in denial or if their child is in a fantasy state. Therefore, living with a family member who suffers from a defence mechanism can greatly affect the family.

The second type of mental illness is neuroses. These are ways for people to escape reality but they last longer than defence mechanisms and can interfere with enjoyment of life. This category includes phobias, OCD, and anxiety disorders (which is the most common mental illness). When living with a family member who suffers from neuroses, many things can affect the family. For example is someone in the family suffers from OCD. Now many may think that this may not be a huge problem but often times it can ruin a marriage due to the lack of connection and the extreme focus that the one person has with their OCD. An extreme case of OCD could be when a woman continues to obsess about whether or not the stove is off. She may never leave her house due to the anxiety that she will leave the stove on and therefore this can interfere with her marriage. Another example is if someone suffers from a phobia. When someone has phobia often times the person is either in denial or avoidance and this can also interfere with a marriage. Let’s say a husband and wife, for their honeymoon, want to fly to Florida, however the wife has a fear of height and therefore will not fly. This phobia has now interfered with the marriage and challenges the husband and wife to work through the difficulties of living with a member of the family who suffers from neuroses. Therefore, neuroses have a huge effect on the family.

The third kind of mental illnesses are psychoses, which are the most serious of all mental illnesses. In regards to this category, I will be mostly concentrating on schizophrenia (which is the most devastating of all mental illnesses). Living with a family member who suffers from schizophrenia is something that greatly affects the family. Symptoms of schizophrenics make  it very hard for the family to cope with including when the schizophrenic makes up words, mimics the words and actions of others, believes that they are Jesus Christ, believes that they are being controlled, and rhymes their speech. Often times, families feel the need to lock their child, if they suffer from schizophrenia, in their room at night with the fear that their child may come and kill them at night because voices are telling them too. As is can be seen, living in a family where a member suffers from schizophrenia affects the family greatly and therefore is can be seen that psychoses have a huge affect on the family.