-The story takes place in the early morning, when it’s still dark 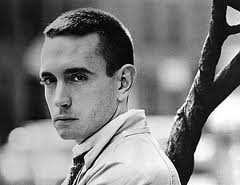 -a lot of alcohol is consumed throughout the play

-Touches on certain taboos (both personal and social)

-Pregnancy before marriage (Nick married Honey because she was pregnant)

-George and Martha have an odd relationship

-They are constantly fighting, then getting along, then fighting (switching very quickly between

-they humiliate each other, “fun and games”

-Characters either don’t notice, or don’t want to react to each other’s verbal abuse, often acting

as though nothing was said

-George and Martha fight in front of the guests, sometimes with the guests

-The existence of George and Martha’s son is questionable at best, but is ultimately found out to be an invention of the couple. Why have an imaginary son?