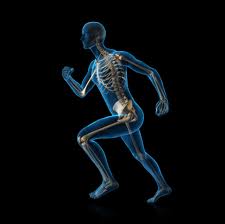 1. an object is in mechanical equilibrium if the forces that act on the object are balances, resulting in no change of its velocity

2. if instead a set of unbalanced forces acts on the object, it accelerates proportional to the magnitude of the net force, and in the direction in which the net force acts.

3. any two interacting objects exert equal but opposite forces upon each other (called an action-reaction pair)

a) metabolism and growth

b) recognition of external stimuli/ability to respond

– mechanical stimulus detection is the question of why we are sensitive to environmental forces, in particular gravity and the various contact forces

-this leads to the relation between design and function in living organisms: skeletal muscles that are attached to bones, smooth muscles that surround abdominal organs and blood vessels and cardiac muscles that operate the heart

– there are three types of skeleton involved in the animal kingdom

– it provides protection and static support for soft tissues

– the exoskeleton plates are connected by elastic tissue to provide good flexability, particularly along the legs

– a muscle can only contract actively, but then has to be stretched passively as another muscle contracts. This is called antagonistic action.

– the muscle action in the case serves as the purpose of increasing the animals metabolism, of which heat dissipation is a by-product.

– most primitive is the notochord, found in cartilaginous bone of fish

– each fibre is a cell, which Is subdivided into smaller repetitive units called myofibrils

– in the elongated direction the myofibril is divided into sarcomeres, the basic contractile units of muscles

– sarcomeres are confined at both ends by stiff Z discs

– action filaments are anchored in these discs

– actin proteins are present in all eukaryotic cells as they form part of the cytoskeleton, allowing the cell to bear tensile (pulling) forces