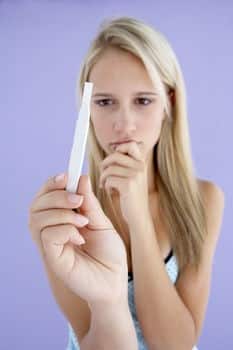 Socioeconomic status can be determined technically based on income and education; however, it is also recognizable in terms of living conditions. Individuals with higher incomes are associated with a privileged life full of opportunities, while lower class individuals may live in poverty and have fewer options. Families belonging to the middle class, lie somewhere in the middle of this spectrum. Living in a poverty stricken environment gives an adolescent a reduced chance of having readily available family planning and health services (Coley & Chase-Lansdale, 1998). Therefore a more limited amount of knowledge may be provided to teenagers regarding contraception and reproduction (Coley & Chase-Lansdale, 1998). In higher socioeconomic families young girls are more likely to use contraception which translates into a lower chance of pregnancy (Hogan & Kitagawa, 1985). However, if they were to become pregnant, about seventy five percent of these pregnancies result in abortion whereas in the lower class it is less than fifty percent (Glick, 2004). Various reasons are attributed to why abortion is more common in the upper class; however a significant factor is the access to abortion clinics (Glick, 2004).  As stated earlier, upper class teenagers are more privileged. They are able to afford post secondary schooling and many grow up in an environment that supports and promotes the value of education so that a successful career is attainable. This gives rise to an increase in demand and thus availability for abortion clinics in upper class neighbourhoods (Glick, 2004). In lower class neighbourhoods, adolescents have fewer aspirations due to the realistic assumptions that they will not be achieved (Glick, 2004). Teenage pregnancy is therefore more readily accepted and the demand for abortion clinics is nonexistent (Glick, 2004).  Another contributing factor is that the cost associated with abortion in many countries is very high (Glick, 2004). All of these factors leads to a higher level of acceptance for a teenager living in poverty to be pregnant than in a higher socioeconomic class where the teenager’s peers and family will be more judgmental. 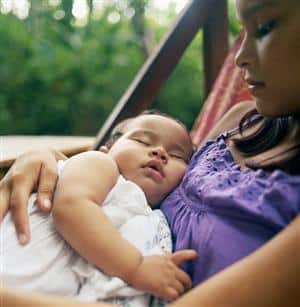 Belonging to a lower economic class is frequently associated with children being raised by a single parent, more specifically a single mother (Santelli et al., 2000). The societal acceptance of parenthood at an early age is influenced greatly by ones family members. When an adolescent is raised by a single mother who may have experienced the same thing as a teenager or is a member of a family where siblings have become young parents, this is hypothesized to increase the likelihood of a teenage pregnancy (Hogan & Kitagawa, 1985). Additionally, many lower income parents living in a disadvantaged neighbourhood find it difficult to be a strong role model for their teenagers which often results in risky behaviours such as premarital pregnancy (Hogan & Kitagawa, 1985). A study was undertaken that concluded it is 2.5 times more likely for a teenager to engage in sexual activity if their parents had not completed high school (Santelli et al., 2000). Alternatively, parents in a higher socioeconomic class with a stable life and career are overall more able to be involved in a teenager’s life and provide strong guidance through their adolescent years. This results in the teen being more likely to take the precautions necessary to reduce the likelihood of teen pregnancy. (Hango & Le Bourdais, 2009).

A teen’s educational achievements and future opportunities is one of the important determinants of teenage pregnancy. Young women growing up in poverty have a preconceived notion that their aspirations will never be fulfilled which leaves them with a lack of motivation to accomplish anything (Glick, 2004). In fact approximately one third of adolescent mothers drop out of school before pregnancy even occurs (Coley & Chase-Lansdale, 1998). Instead of a career and educational success they believe that they must reach adulthood another way, specifically through early pregnancy (Hogan & Kitagawa, 1985). Teenagers from higher income families are often expected and want to earn a post secondary degree and realize the importance of waiting to start a family because they have a great deal more to lose (Hango & Le Bourdais, 2009). Peers also have a strong influence over what one chooses to do regarding education (Hango & Le Bourdais, 2009). In a high socioeconomic environment, the attitudes regarding teen pregnancy and the idea that early pregnancy and education do not mix will help reduce the likelihood of an adolescent becoming pregnant (Hango & Le Bourdais, 2009). On the other hand, surrounding oneself with peers who are pregnant may end up encouraging teenage pregnancy which can also lead to the problem of welfare dependency.

Welfare programs are common in inner-city neighbourhoods and the access to welfare support may be a factor contributing to teenage pregnancy rates (Moore, Morrison, & Glei, 1995). It has been found that couples are less likely to use contraception and more accepting of premarital pregnancy when they have easy access to welfare support (Moore et al., 1995). Due to the economic advantages of welfare, teen pregnancy may be more or less encouraged in disadvantaged neighbourhoods because welfare can relieve a family from money issues (Moore et al., 1995). Women belonging to higher income classes do not live in areas dominated by welfare recipients and accordingly this is less an influencing factor. Lower income class adolescents may use pregnancy as an escape mechanism from their disadvantaged lifestyle.

Teenage pregnancy is an issue spanning every socioeconomic status; however, it is found that the lower the socioeconomic status the more prevalent teenage pregnancy is. Forty per cent of women in the lowest socioeconomic class gave birth before they hit their twentieth birthday, followed by twenty per cent in the middle class and eight per cent from the upper class (Glick, 2004). This overwhelming evidence supports the conclusion that factors attributed to ones socioeconomic status such as education, living conditions and family values impact the occurrence of teenage pregnancy. One study however, did find that in Canada, lower class adolescents were five per cent more likely to use contraception (Singh, Darroch, & Frost, 2001). This data is a contradiction of the theory that adolescents of lower income classes do not have as much knowledge about contraception as those of higher classer. Overall, the facts support the conclusion that teenagers from lower socioeconomic classes experience a higher incidence of early pregnancies. These early pregnancies contribute to the cycle of continuous poverty that many from disadvantaged backgrounds experience and supports the conflict approach that you will live and die in your established class. There is a clear need to improve social programs to educate and motivate lower income families to break this cycle of poverty by promoting the use of contraception and demonstrating the opportunities that can result from staying in school.

If I were to cite this article, who would be the author and what year was it published? Thank you.