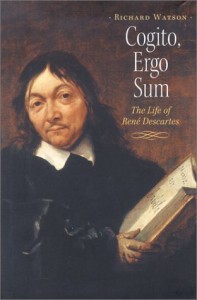 Descartes spans the gap between classical philosophy and modern philosophy; this movement is from wonder to doubt.  A rough dividing line for these periods is 1600. Descartes was no fool – he belongs in the pantheon of the greatest mathematicians ever to live. He invented the Cartesian plane, and his thinking is in-line with a mathematical reasoning process. Modern medical science has proven that the mind and the body are intricately intertwined. The body is dependent on the mind and vice versa. Therefore, Cartesian dualism is illogical. Anthropologically, you must exist before you can think (evolution).  It seems to Descartes that even though he has learned many concepts and “truths” from other philosophers, none of these are definite.  Descartes breaks down the “edifice” of his learning, attempting to find the foundation of truth, which cannot be denied. In other words, all other learning is not certain, but the foundation is unshakeable. It is for this that he searches. He even questions reality: what is a dream and what is real. He uses the analogy of a dream – dreams appear real, though they are not. Therefore, we must always doubt our existence, since they may simply be dreams. The “tricky demon” represents a gap in his logical thinking – God could not have been the deceiver of man, so he constructs a concept to explain this. This becomes a full scale attack on the sense. The senses have fooled humans before, and therefore should not be trusted at all, since there is the chance that they will lie again. Descartes project is nothing else than the reconstruction of knowledge from the foundations upwards.  Previous beliefs acquired via the senses are all jettisoned, on the grounds that the senses have sometimes provided unreliable which is an extreme platonic view. Plato places intellect over senses; Descartes “out Plato’s Plato” – he wants to discard all truths, whether arrived at the intellect or the senses.

Descartes does not say that nothing exists; he merely says there is a possibility that everything does not exist, and therefore, everything must be discarded. Everything is constantly being debated, up in the air, and there is always a reason for doubtful thinking.   The only certain formula he says – “cogito ergo sum” – “I am thinking therefore I exist”.  While everything else may be nonexistent, the fact that he is able to think indicates the certainty of his existence. This selfish philosophy is a flawed supposition to be the starting point for knowledge which directly contrasts Aristotle’s theory of knowledge that explains the beginning using demonstrative knowledge. This cannot be the springboard of knowledge because he hasn’t satisfied the existence of anyone but himself which is a feeble starting point. The starting points are flawed, and therefore, his conclusion: “I think therefore I am” is flawed.