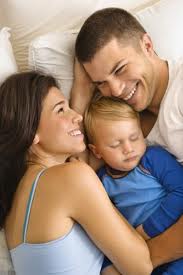 parent encompasses such a large number of people, it is easy to understand why there are so many different kinds. In terms of how they treat their children, however, within this variety, there are three basic types: autocratic, democratic, and permissive.

The autocratic parent’s word is the law, and when he says “jump” every one had better do it quickly. He assumes that he and he alone knows what is best for his children and that they will learn discipline and respect for authority from his regimentation. What he does not consider is that he may not know best and that rules not tempered with mercy breed rebellion and contempt for authority. The authoritarian whose child came home one hour late from a date because there had been a major accident on the highway tying up traffic for miles would allow the child no opportunity to explain his reasons for being late. The child would be immediately grounded and have his allowance suspended. This kind of parent probably has good intentions, wanting his child to grow up “right,” but approaches the task as if his family were in boot camp.

The democratic parent is not so strict. He is willing to discuss rules and punishments with his children and to listen to their side of an argument. If his child came in an hour late from a date he would listen to the explanation about the major wreck that tied up traffic for miles. Since this is such an easily verifiable story, the democratic parent would suspend any punishment in this case when he sees the morning paper or hears the morning news. In general, the democratic parent lays down fewer rules than his autocratic counterpart because he realizes there are some things in life children must learn on their own. He prefers to work in the role of an advisor and is always available when his children need help.

The permissive parent has no rules for his children and offers little guidance. Frequently, this parent is too busy to take time with his children and leaves their rearing to TV, school, and chance. He sets no rules for his children, so it would be impossible for his child to come home late from a date. He allows his children to come and go as they please either because he doesn’t care what they do or because he thinks they must learn to set their own rules. He doesn’t understand that all young people need guidance because when they mature, they will have to abide by society’s rules. Not learning respect for order early may cause this parent’s children to resent the rules everyone must obey.

Too few people with children are democratic parents, which is the best of these three. Too much authority or too little often breeds disrespect and resentment. A good parent should offer guidance and advice and not try to rule his children, or disregard his children completely.