Drake’s Equation is an equation used to estimate the number of detectable extraterrestrial civilizations in the Milky Way galaxy. Invented by Frank Drake, the founder of SETI. 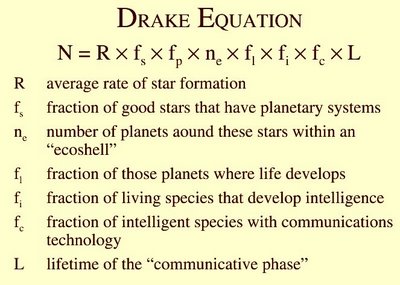 Fp (0.5) Half the planets in the Milky Way galaxy have stars around them

***Thanks to Kepler telescope; we can detect smaller planets; earth-like size

Ne (2.0) Based on the distance from the parent star

The Drake Equation predicts a large amount of intelligent civilizations, however we have found NONE!

Why haven’t we found anyone?