Duality is the tension between opposites, and in Fifth Business, the author juxtaposes people and objects numerous times throughout the novel.  This response will focus on the duality of characters and items specifically in the beginning of the book.  Fifth Business begins with the comparison of Dunny and Boy.  It is evident from the start that the two boys are definite opposites.  The author first describes Boy as Dunny’s “lifelong friend and enemy”.  This is somewhat of a paradox; how can someone be a lifelong friend and an enemy?

They are both very contradictory titles.  He then describes each of the boy’s sleds.  Boy is very wealthy and has a brand new “fine” sled, where 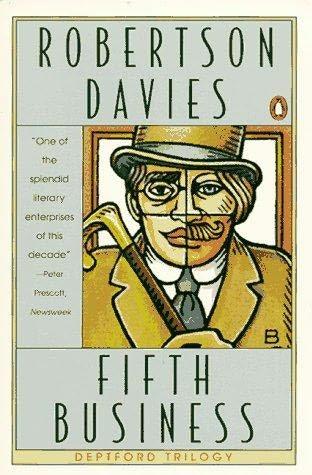 as Dunny has an old, but faster one.  Boy has nice clothes, and Dunny is wearing mittens knitted by his mother.  Along with their physical differences, their personalities are also dissimilar.

Dunny is very responsible and intellectual, while Boy is untruthful and vindictive. The next two people that are introduced in the novel are Mary and Amasa Dempster, the Presbyterian priest.  When Mary turned simple, their differences were especially illustrated.  Mary is described as being “wholly religious”, and Amasa as “deeply religious”.  The Dempsters had very different conflicting opinions about Dunny as well.  Mary enjoyed spending a lot of time with him and thought he was a great boy.  Amasa on the other hand thought he was full of magic and nonsense and would not allow him near the house.  Duality was not only evident in the different people, but also in objects throughout the novel.  An example from the beginning is the stone and the snowball.  At first glance snow is very different from a stone.  Snow is soft and ephemeral, and stones are hard and earthbound.

The stone was placed inside of the snowball, and although they seemed to be together and one of the same, they are opposites.  Duality shows the contrast of the people and objects in Fifth Business and catches the reader’s attention.