Ethan Frome, the main character in the book entitled Ethan Frome, by Edith Wharton, has many complex problems going on at the same time. His family has died and he has a wife that is continually sick, and the only form of happiness he has is from his wife’s cousin Mattie. This, however, at times proves to be hard because of Ethan’s wifes interference. Nothing seems to be going in Ethan’s favor. The main theme of the book is failure, and this is shown through marrying his wife, not being able to stand up to his wife, and his involvement concerning the “smash up.” The first way failure is shown in the book is through the marriage of Ethan and his wife.

He married her because she had tried to help his mother recover from an illness, and once his mother died he could not bear the thought of 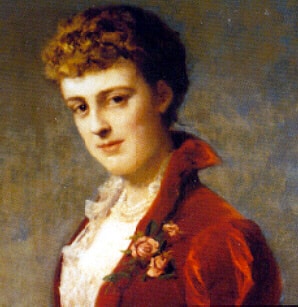 living in the house alone. His wife was seven years his senior and always seemed to have some kind of illness. It seemed all she ever did was complain, and he resented this because it stifled his growing soul. Since his wife was continuously ill, and her cousin needed a place to stay, they took her in to help around the house. Ethan took an immediate propensity to her cousin, Mattie, because she brought a bright light upon his dismal day. He seemed to have found someone that cared for him, was always happy and could share his youth, unlike his sickly wife who always nagged him. He longed to be with Mattie, however he had loyalty to his wife. Being married to the wrong person proved to be Ethan’s first failure. Ethan’s second failure was not being able to stand up against his wife. His wife claimed that a new doctor said that she was extremely sick, and needed more help around the house. She told him without any discussion that Mattie had to go. Ethan could not find the words to make her alter her decision. His wife also decided that Mattie had to leave the next day itself and Ethan could not do anything about it. It was stated in the book that his wife had the upper hand in the house by the line “Now she [his wife] had mastered him [Ethan] and he obeyed her.” Ethan just could not find the right things to say and it was because of his failure of not being able to stand up to his wife, he was going to lose the only thing that made him happy. Ethan’s last failure was the way he modified his and Mattie’s lives regarding the “smash up.” He so desperately wanted to run away with Mattie, but he could not because his practical sense told him it was not feasible to do so.

Mattie wanted so desperately to be with Ethan, that she suggested in order to stay together forever, was to die together. It was Ethan’s job to steer into the tree with the sled so that it looked like an accidental death instead of suicide. Instead of Running Square into the tree, he did not hit the tree right and it did not kill either of them. Instead it just injured them, and these injuries stayed with them forever. In this way Ethan had his last failure in not exceeding to die with his love, instead he had to live with the guilt from his wife, the injured Mattie, and broken dreams. In these three ways, of marrying the wrong person, not being able to stand up to his wife, and incidents that come from the smash up, proves that the main theme of the book is failure. It seemed that everything Ethan tried to do, worked against his favor. With all the incidents that happened it seemed inevitable that his life would always be a string of failure.