Essay: Identities & How they are Formed

From this section of the course, Sociology 1, I have learned about different philosophies and ideas about how identities are formed. The philosophies that make the most sense to me are the ideas of John Locke, Jean-Jacues Rousseau, Charles Harton Cooley and George Herburt Mead. Also the ideas focused on in my exercise have as well helped me to form an idea where identities come from and what they mean socially.

John Locke had the idea that people in a society truly want to live together in harmony and that people are not aggressive by nature. That people are born with a “blank slate” and that anything can be learned. I completely agree with this statement. How people are brought up and what they are exposed to defines their identity and intentions in society. I was brought up by loving parents that among others things taught me to be true to my feelings and to express them truthfully. Jean-Jacues Rousseau’s theory about corruption relates to the “clean slate” idea. He stated that corruption come from society. So if one is not influenced positively they may end up corrupt and be a hindrance on  society. If a child grows up in a “dysfunctional family” they may be at a disadvantage to a child like my brother who is getting the same social education from my parents and the society we live in.

Charles Harton Cooley also touched on the idea of identities. He believed that identities are formed from interactions with people in society. This would mean that the more interactions one has the more choices that have to form their own identity. In a sense my upbringing and my 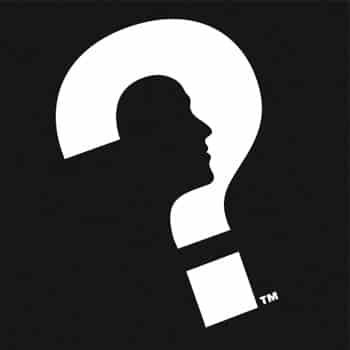 brother’s can be dangerous in a way because our parents have to be careful not to shelter us too much form parts of society. Otherwise we create one sided identities and opinions of ourselves and others. I feel that that is what college is all about. To be exposed to others and their ideas to help yourself and people around you to form ideas. In a way social interactions are a learning process and a part of higher learning.

George Herburt Mead said that all group life is from social interaction. That humans can work together well for social reasons. But I believe this to be true only if people have been exposed to enough interactions, only then are we able to come together for common ideas and the good of society. Furthermore he said that we have the capacity to figure out the intentions of people, but again only after we have substantial exposure to society. Mead stated that we must use the same meanings for gestures and find a common understanding. This is the foundation of language and the process in which we learn how to communicate with others.

Finally, my identity exercise not only help me to figure out my own identity but how I am perceived by others. Like Cooley said, we see ourselves in other people’s eyes and we ponder the judgments being made about us. I feel that the only way to get around people judging others is to continue to interact in society. I think that I have made significant progress in coming to the point of “enlightenment”, able to figure out people and their intentions. Only then will I be able to work for the common good of the society I live in because I will have to knowledge to do so. To become educated and to help society I feel that college is an excellent way of learning how to do this. College is more than just going to class and trying to get the grade, but it is there as a tool to help us open our minds. I feel once we all can “open our minds” to become “enlightened” then we are ready to work for the common good of our societies and the people in them.