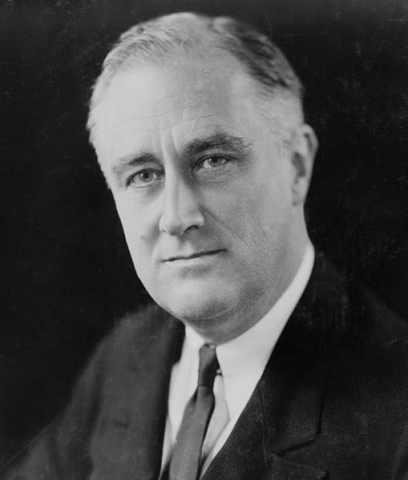 prosperous railroad official and landowner(Lawson 25). His predecessors, when they came from the Netherlands, were success Roosevelt learned from private tutors, not going to school until the age of fourteen. He had already studied German, Latin and French by the time he had started school(Freidel 6). Sailing, bird hunting and stamp collecting were among his hobbies. On his In 1896, at the age of fourteen his parents sent him away to Groton, Massachusetts, to a private, boys only, boarding school. He was not very popular among the students, but was respected by his peers and was never the object of pranks pulled by the old from there, Roosevelt went on to enter Harvard in 1900. There too Roosevelt remained an average student, making it through with a C average most of the time(Hacker 19).

At Harvard, his social activities took preference over his academic pursuit and the In 1903 Roosevelt graduated from Harvard and entered the Columbia Law School. He dropped out in his third year after passing the New York bar examination (Hacker 24). Soon after, Roosevelt started practicing law with a New York law firm. While still in law school, Roosevelt met Anna Eleanor Roosevelt a distant cousin, only a few years younger than him (Alsop 28). They were married on St. Patrick’s day, March 17th, 1905(Freidel 13).He was twenty-three and she was twenty-one. Her father a few years later in 1910, Roosevelt accepted the Democratic nomination for the New York State Senate (Freidel 17). He won the elections, and in the following January he entered the Senate at the young age of twenty-eight (Freidel 18). Later in 1912 he ran in July of 1921, while vacationing at Campobello Island, he went sailing with his children. One day, they saw, what appeared to be a forest fire, on a nearby island they quickly sailed to shore to help put out the fire. It took a couple of hours and w was able to walk in the pool unaided. His disease, poliomyelitis, had affected him on land but in the water he was as quick as anyone.

In 1926 he bought Warm Springs for $200,000(Hacker 40). In 1927 he contributed two-thirds of his wealth (Freidel 47) at His physical disabilities didn’t hinder his climb of the political ladder. In 1928 Roosevelt ran for governor of New York and won the election with a large margin. One of his main goals was that the state should own the electric companies and other until in October of 1929, when Roosevelt was still Governor, the stock market suddenly collapsed. This caused nation-wide panic. Grain and cotton prices dropped tremendously due to an overabundant supply, and many farmers were out of jobs. Rapidly, people w Roosevelt did not run for the presidency in 1928 because that year, most of the country was in favor of a Republican candidate for president. Four years later in 1932,a week before his fiftieth birthday, Roosevelt announced his candidacy for president through his campaign speeches he preached of a ‘New Deal’ for the American people, one that would lift them out of the  depression. Now he was going to fulfill his promise. Roosevelt did not sit back and watch the country take itself out of a depression. Guests would be permitted to reopen and those that couldn’t wouldn’t. Banks that couldn’t meet withdrawals requests would, together with federal aid, meet the withdrawal demands (Lawson 48). Of the nineteen thousand banks, only about twenty-four hundred Like he said in campaign speeches, “If I were elected President, my first step would be to mobilize the country for war on unemployment”(Woolf). This is exactly what he started to do.

Another main bill passed in the hundred days was the Civilian Conserv He also signed into law one of the most important laws that today helps back up our bank system. Until that time there was no insurance to cover for banks that went bankrupt or collapsed. The Banking Act of 1933 changed all of this. The government put a He also accomplished many things which greatly boosted the economy. He reduced the 1934 federal budget by 13%. Although he often spoke that the American Navy and Marines should be the best in the world, he was not hesitant in cutting the 1934 defense bud On August 14, 1935 he signed into law the Social Security Act. This act offered protection to the needy and old through pensions and public aid, and promoted unemployment insurance.  He ran again for a second term in 1936 against Alfred M. Landon of Kansas and beat him by well over eleven million of the popular vote, and won 523 out of the total 531 electoral votes, the biggest landslide since James Monroe defeated  John Quincy Adams Again he ran for a third term in 1940 against Henry A. Wallace. He beat his opponent 449 to 82 in the electoral voting. He ran for last time in 1944, and won again with an easy margin. On March 30, 1945, Roosevelt returned to Warm Springs to take a rest from the presidency. On April 12 the only president in American history to serve more than two terms had died.