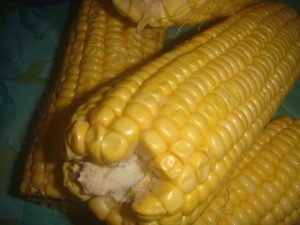 In the article “Genetically Engineered Distortions”, there is much made over the misguided management of genetically engineered foods. The article opens by showing that there is a distinct split between two sides in terms of how to deal with the breeding of genetically engineered organisms. In the United States, eighty percent of cotton, corn, and soybeans are grown with some form of genetic engineering in its background. Through the use of genetic engineering for these particular crops, there has been an extreme improvement of soil quality, as well as a retraction of the use of insecticides.

The article then stresses that although these issues carry weight, the most important matter on bioengineered foods is the potential solution to several problems which plague poorer countries across the globe. The idea of using genetic engineering to improve crops in the west is nowhere near as important as the potential for this science to completely diversify the array of crops that can be grown in spite of difficult conditions throughout the world.

The process of this goal becoming a reality is quite difficult unfortunately. Due to the opposition, and propaganda against genetically engineered foods by certain people, the ability to do research in small companies is simply unaffordable. This propaganda involves capitalizing on the idea that genetic engineering is unsafe, despite the fact that all reports have shown no harm to be caused to humans. Propaganda has pushed the ability for innovation in this field into the hands of just a few large companies. If the agricultural industry is not invested in correctly, then the great potential that this industry presents could go unfulfilled forever. The people affected the most by this unfulfilled potential, will be those struggling in developing countries, which simply isn’t fair.