In modern society when a person gets sick with the flu or a cold they will usually go about their normal routine with the exception of a sneeze or a cough throughout the day. Sometimes things can be more than what they appear to be. The symptoms start out like the flu with coughing, fever, aches, and vomiting. However, the disease gradually worsens with symptoms of extreme weakness and excrushatating abdominal pain. By then it is usually too late when the person finds out that their liver is failing and that there disease is caused by one of the most contagious, dangerous and deadliest of viruses.  These viruses that were initially concealed by flu like symptoms are now known collectively as the disease of Hepatitis. The disease of Hepatitis is actually by six different types of viral infections, namely, Hepatitis A, B, C, D, E, and G. Hepatitis descries the destructive affect of the viral invasion of the body and liver by six and separate viruses. Each type of viral infection varies from one to another in degree of severity. The names of the viruses are in alphabetical order corresponding to their discovery. There is also a non-viral Hepatitis which is caused by substance. One rumor that has spread about hepatitis is that a person can only contract Hepatitis if associated with HIV or AIDS. This is not true! Anyone can become infected with Hepatitis. Unfortunately this is about all most people know of Hepatitis. They need to know the full horror of which the virus is capable.

The first of the Hepatitis viral infection to be discovered is Hepatitis A. Hep. A is the mild mannered virus compared to the other viruses. It has 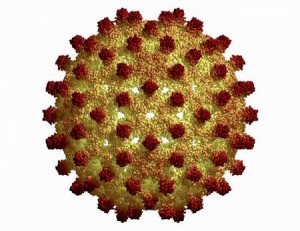 the symptoms of influenza, fever, vomiting, loss of appetite, and weakening of body, but it does have some differences such as jaundice (a yellowing pigmentation of the skin and whites of the eyes) and urine appears to be a darker color. Jaundice is caused by an abundance of bilirubon which has not been removed from the blood system due to the infected liver. Hep. A does not have any special medications or antibiotics that can be used to treat or prevent this unpleasant virus. Some ways of avoiding this viral infection include washing the hands very carefully and not eating food or drink of others. People living in the same house or having close contact should clean the area very thoroughly. When a person has contracted and then recovered from this virus, he or she is now immune for the remainder of his or her life and will not carry the virus. The virus can affect anyone, but young children and older adults are more susceptible. People can transmit the virus directly to each other or indirectly by ingesting an infected persons food or drink. Then the person will ingest the contaminated food or drink. The disease can also be spread by contaminated drinking water, blood, body fluids and tissue, and intravenous needles used by drug users. The virus is contagious for a week before symptoms are experienced and continuing until recovery from the jaundice symptom (Hepatitis A 1996 pg. 1).

The purpose of a person’s liver is to filter out harmful toxins that get into the blood. An example of the function of the liver is similar to the use of a noodle strainer.  The noodles are mixed with the water like the toxin mixed with the blood. The strainer removes the noodles from the water like the liver removes the toxin from the blood. The noodles stay in, but the water goes through. If a person were not to have a liver or it isn’t functioning in the proper manner the person would suffer extreme blood poisoning and die. Hepatitis B can result in such malfunction of the liver.

Hep. B causes the liver to become inflamed. Usually the people that get infected with Hep. B can fight off the virus, but there are some individuals that are unable to fight. This would include people infected with HIV or AIDS. The symptoms of Hep. B are very similar to Hep. A, loss of appetite, nausea and vomiting, fever, weakness of body which may last up to several weeks even months, abdominal pain, darkening of urine, and jaundice (American Liver Foundation June 1993 pg. 2).

The only vaccine that is used on Hep. B is called Saccharomyces cerevesia (common bakers’ yeast) (Hepatitis B 1992 pg. 4).

There is still the old home remedy of lots of bed rest, but left untreated can result in cirrhosis or even liver cancer. Cirrhosis is a disease caused by a virus such as Hep. B attacking the liver cells resulting in the liver forming scar tissue. When there is scar tissue the liver becomes hard and lumpy and backs the blood flow up. This will cause the hemorrhaging of veins in the stomach and esophagus and will cause vomiting of blood. Hep. B is spread in many similar ways in which Hep. A is spread, in fact most all Hepatitis’s are spread in the same way, but there are its differences. Hep. B can be spread through a wide range of human contact including sexual contact with an infected person, as well as simply living in the same area with a person who has the Hep. B virus. It is the most contagious of the Hepatitis viruses. It’s even more contagious than HIV or AIDS, and it’s the most commonly contracted of the viruses(American Liver Foundation June 1993pg. 3).

Hepatitis C, formerly known as non-A, non-B Hepatitis is very similar to Hep. B in that they both cause cirrhosis and liver cancer, except that 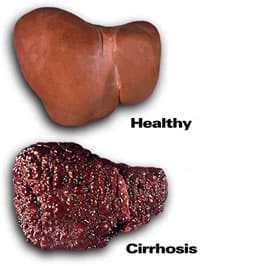 the Hep. C virus is caused by a bloodbrone virus. Symptoms of the virus are of the following: loss of appetite, fatigue, nausea and vomiting, abdominal pain, and jaundice. “Approximately twenty five percent of people infected with Hep. C will become sick with jaundice or other symptoms of Hep. Fifty percent of these persons may go on to develop chronic liver disease.” Also some people that have been infected with the virus may remain contagious for years (Hepatitis C 1996 pg. 1).

At the present moment there is no vaccine for the Hep. C virus, but there is a treatment that is used to help with chronic symptoms of the virus. This drug is called interferon alpha-2b. This drug aids in the recovery of the liver (MAYO 1993 pg. 7).

The main causes of Hep. C transmission are the use of intravenous needles by drug users and blood transfusions ( since May 1990, blood donation centers have used a blood screen to detected Hep. C which has greatly diminished the number of cases) (Hepatitis C 1996 pg. 1-2).

Hepatitis D, the super man of Hepatitis’s. Hep. D is almost identical to Hep. B, except that D is about as twice as strong as B. The symptoms of this super virus is like an extreme case of the flu, loss of appetite, fever, weakness, vomiting, and jaundice, only that this virus can cause liver damage and be very dangerous if not cared for. The only treatment for this virus is to get medical attention as soon as possible and from there the doctors will determine what to do. Cases of Hep. D are only found in West Africa and Asia where it has become epidemic like paportions and cases reported in the U.S. are very rare. The reason the virus is so common is because in third world countries the water system is very poor. People are drinking and bathing in the same waters that are being contaminated with human feces. (American Liver Foundation June 1993 pg. 3).

Hepatitis E is in a class all of its own. Scientist have researched this virus for short period of time and what they have discover is that it will, 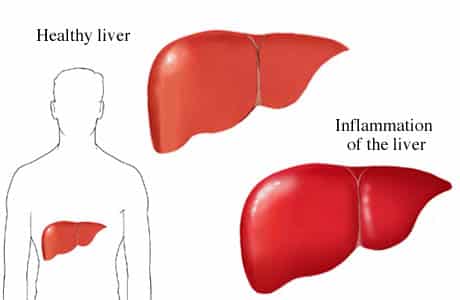 from studies, that this virus will kill women especially if they are pregnant. If a person wanted to treat Hep. E they would have to have medical attention as soon as symptoms appear. Hep. E is the rarest of all the different Hepatitis virus in the U.S. This is one of the viruses that is also very common in the third world countries. This is because of the neglect of medical attention and poor water systems.

It has been discovered that the Hepatitis G virus is now in reality. The reason for the skip of the letter F is because it’s in debate between scientist that do believe there is such a virus and scientist that don’t believe it that it is a Hepatitis virus. The symptoms of the newest of virus’s is that it “will set up shop in the liver, causing persistent infection, damage, and sometimes cancer.” So in turn the virus starts in the liver and works its way out into the body. The person starts with jaundice and then the flu like symptoms appear. Scientist have traced a similar virus back a monkey. They believe that the virus has gone through a DNA mutation. Not only has it gone through a mutation from animal infection into a human infection, but it also has three separate spices of viruses inside of the one. The chance for a vaccine is far into the very future (Fackelmann April 1996 pg. 238-239).

Medical attention is one of the most important things that need to be done when believed that one self has contracted one of these viruses. What is to be done when a person has contracted it from the doctor. The one that is supposed to help the sick not harm. This is a primal factor in today’s life style. These viruses are being discovered every day. Hepatitis G was discovered just this year and right now scientist are discussing whether or not to consider the hepatitis F to be a virus or not. These things in life are not disappearing there just getting bigger and people are going to have to do something about these problems.