Rabies is an infectious disease of animals which is a member of a group of viruses constituting the family Rhabdoviridae. The virus particle is covered in a fatty membrane, is bullet-shaped, 70 by 180 nanometres and contains a single helical strand of ribonucleic acid (RNA).

Although rabies is usually spread among domestic dogs and wild carnivorous animals, all warm-blooded animals are susceptible to

infection.  The virus is often present in the salivary glands of infected animals, referred to as rabid, and is excreted in the saliva.  The bite of the infected animal easily introduces the virus into a fresh wound. In humans, rabies is not usually spread from man to man, rather the majority of infections occur from rabid dogs.  After a person has been inoculated, the virus enters small nerve ends around the site of the bite, and slowly travels up the nerve to reach the central nervous system (CNS) where it reproduces itself,  and will then travel down nerves to the salivary glands and replicate further.  The time it takes to do this depends on the length of the nerve it must travel – a bite on the foot will have a much lengthier incubation period than a facial bite would.  This period may last from two weeks to six months, and often the original wound will have healed and been forgotten by the time symptoms begin to occur.

Symptoms in humans present themselves in one of two forms: ‘furious rabies’, or ‘dumb rabies’.  The former is called such because of the severe nature and range of the symptoms.  The virus, upon reaching the CNS will present the person with headache, fever, irritability, restlessness and anxiety.  Progression may occur on to muscle pains, excessive salivation, and vomiting.  After a few days or up to a week the person may go through a stage of excitement, and be afflicted with painful muscle spasms which are sometimes set off by swallowing of saliva or water.  Because of this the afflicted will drool and learn to fear water, which is why rabies in humans was sometimes called Hydrophobia.  The patients are also extremely sensitive to air or drafts blown on their face.  The stage lasts only fews days before the onset of a coma, then death.  Dumb rabies begins similarly to furious rabies, but instead of symptoms progressing to excitement, a steady retreat and quiet downhill state occurs.  This may be accompanied

with paralysis before death.  Rabies diagnosis in this type of cases can be missed.  Unfortunately with both furious and dumb rabies, once the disease has taken hold clinically, rapid and relentless progression to invariable death occurs despite all known treatments.

READ:
The Causes of the Showa Restoration

Treatment for the recently infected would include washing the wound with soap, detergent, and water.  Then an anti-rabies serum 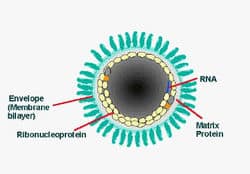 can be administered to humans.  Alternative to the serum, an effective and intensive treatment after infection can be obtained through the use of a killed virus vaccine, because of the unusually long incubation period. The vaccine, a  Human Diploid Cell Vaccine (HDCV) is grown in human fibroblasts (the principal nonmotile cells of connective tissue) and is quite safe for human use.  When used, the vaccine did dramatically cut the rabies death toll. Previous killed virus vaccines, which had been made from infected neural tissue, were not completely effective at immunisation and had caused adverse side effects.

Since contact with wild animals is the main source of infection for humans and their pets, avoidance of any direct contact with these animals reduces the risk of being bitten quite dramatically.  Raccoons that are wandering in the daylight hours, or any animal that seems ‘friendly’ should be avoided as well.  Other high-risk animals include skunks, foxes, jackals, wolves, as well as an odd association with bats.