Horace Rumbold: Pacifism is the Deadliest of Sins 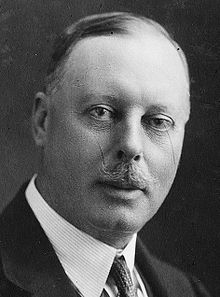 In the 1930s, all the world was struggling to get by, trapped in the international financial stranglehold now known as the Depression. While most countries were plagued by economic difficulty, none was so affected as Germany. As the defeated party in world war one, the Germans were responsible for the brunt of a war reparations as per the 1919 Treaty of Versailles. As the government struggled to gain control over their finances, inflation rose and the population suffered. The country survived though the nineteen twenties, only to be hit all over again by the international financial crisis in 1929.  It was largely due to the financial problems of the German people that Adolf Hitler was able to rise to unlimited power- he promised them stability and prosperity with time. And it was largely due to the financial problems of the rest of the world that they were unable to pay close attention to the more troubling aspects of Hitler’s political agenda. In this text, British ambassador Horace Rumbold assesses Hitler’s direction as a leader based on his memoir Mein Kampf. In 1933 Hitler had barely started the sweeping changes he eventually made to Germany, but Rumbold was chillingly accurate in his predictions about the new Chancellor.

The major theme that Rumbold noticed in Mein Kampf was the focus on militarism and the necessity of a fighting state “He states with assertion that man is a fighting animal, therefore a nation is, he concludes, a fighting unit, being a community of fighters”.[1] Rumbold noticed that military greatness and the eventual recapture of lost German provinces were Hitler’s greatest priorities, according to his memoir. Militarism and national fanaticism were things that the Treaty of Versailles had deliberately tried to eliminate in the German people. Yet so soon after the First World War had ended, Germany was led by a politician who had stated on paper that he wished to rebuild the German Empire by force. While other Europeans were quick to overlook Hitler’s war-mongering statements in Mein Kampf due to his more recent public proclamations of peace, Rumbold was doubtful “Germany needs peace [only] until she has recovered such strength so that no country can challenge her…”[2]

Rumbold also noted the extremely racist overtones in Mein Kampf, and accurately guessed that these attitudes would pervade his political decisions. Hitler stated that “the fighting capacity of a race depends on its purity”.[3] Given that Hitler had identified military strength and power as his greatest priority- and race as the most powerful military factor- it made sense that he would want to get rid of racial ‘undesirables’. How far he was willing to go to achieve this, however, was much more than even Rumbold could have predicted.

Rumbold thought that what the political agenda and elitist attitudes he saw in Mein Kampf were obvious to all, and this transparency would result in world leaders closely monitoring Hitler. He even though that Hitler would try to downplay his memoir in an attempt to conceal his ultimate goals “…he would probably be happy to suppress very copy extant today”.[4] Instead, Hitler made Mein Kampf mandatory reading for all German citizens and proudly stood by his previous ideals. In 1933, however, he was still waiting for the right time to put his ideas in action “Since he assumed office, Herr Hitler has been as cautious and discreet as he once was blunt and frank.”[5]

Unfortunately, most world leaders took Hitler at his ‘spoken’ word, and were happy to disregard the more disturbing writings of his youth. There were many like Rumbold who said early on that the continuation of Hitler’s agenda would lead to war and suffering. The Depression, however, made it so most countries were introspective-worried about their own populations- and less inclined to take a hard look at the happenings of other nations. By the time the other world powers were adequately alarmed by Hitler’s growing military and awful racist policies, it was too late to handle it in a way that would not result in war.

[2] Rumbold, Pacifism…, in Perry, Sources of the Western Tradition, 391

[3] Rumbold, Pacifism…, in Perry, Sources of the Western Tradition, 391

[4] Rumbold, Pacifism…, in Perry, Sources of the Western Tradition, 391

[5] Rumbold, Pacifism…, in Perry, Sources of the Western Tradition, 390