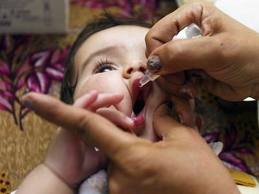 presence of chronic inflammatory disease and loss of acquired cognitive function, possibly due to absorption of vitamins or intestinal absorption of intact proteins (Canadian Paediatric Society, 2007). Autism has been studied for years and a number of theories have been developed, including a possible link between autism and the Mumps Measles Rubella (MMR) vaccination given to children in the first few years of life. Because of this theory, parents are choosing to delay vaccinations for MMR until children are much older; some are even choosing not to get their children vaccinated at all (Pytel, 2007). Parents have been mislead to believe immunizations lead can to autism, even though it has been proven by others that the complete opposite is true, and they are putting their children at risk for other diseases because of information that’s not only misleading, but wrong.

In today’s society, the media plays a huge part in people’s everyday decisions, including parent’s wishes to immunize their children.  In an anonymous survey conducted (see appendix 1), 48% of people were getting their information from the media, whereas only 38% were getting information from their doctor.  People who have a major influence on everyday people’s decisions are the Hollywood stars; the people who are swept across all types of media, voicing their opinions and getting their ideas spread. Celebrities take on numerous causes in their attempts to help make this world a better place. Some of the appearances may do some good, but others do the complete opposite. One woman who’s really done this in the autism MMR vaccination controversy is Jenny McCarthy, a nursing school dropout turned Playboy Bunny (Allen, 2009, p.A18). Ms. McCarthy believes that her seven year old son had autism and that she “recovered” him through alternative therapies that have yet to be proven effective (Rubin, 2008). Her book, Louder than Words: A Mother’s Journey in Healing Autism (2007), elaborates more on this idea, as she tries to increase visibility and movement. McCarthy has been proven wrong by the federal court, after weeks of hearing testimonies and thousands of pages of evidence were reviewed, yet she still encourages that it’s better to get vaccine preventable diseases then to get shots (Allen, 2009, p.A18). How can somebody who’s be proven wrong on a federal level still continue to push her theories, putting children at risk for catching these diseases?

On May 6, 2009, Oprah Winfrey signed a deal with McCarthy to have a blog on the Oprah website that would presumably lead to a talk show, the same route that Rachel Ray and Dr. Phil had started out on (Allen, 2009, p.A18). Oprah is encouraging this idea by allowing McCarthy to voice her opinion, after being proven wrong. By McCarthy being given this opportunity, her campaign has become quite harmful, as she is spreading dangerous misinformation that could bring back some once controlled diseases back into play (Allen, 2009, p.A18.) David T. Tayloe, president of the American Academy of Paediatricians, had this to say on the idea:

“I think show business crosses the line when they give contracts to people like Jenny McCarthy…She has no medical or scientific credentials. It disturbs us that she’s given all these opportunities to make her pitch on vaccines on Oprah or Larry King or whatever. We have to scramble to get equal time – and who wants to see a gray-haired paediatrician talking about a serious topic like childhood vaccines when she’s out there blasting the academy and blasting the federal government?” (Allen, 2009, p.A18)

The fact that McCarthy is being given so many opportunities to voice her opinion, and qualified people aren’t being given the same attention on a topic that is so important to the life of a child, isn’t going to help protect the safety of the children. In fact, it’s going to do the complete opposite.

The initial problem that brought up the subject of immunizations causing autism was the ethyl-mercury compound Thimerosal that was found in vaccines. This preservative was used as an additive to biological therapies and vaccines because of its effect in preventing bacterial contamination (Canadian Paediatric Society, 2007). In 1999, the United States Public Health Service and American Academy of Paediatrics let out a statement to remove Thimerosal from vaccines such as Hepatitis B, Influenza, and MMR, as they were the only Thimerosal containing vaccines used (Canadian Paediatric Society, 2007). Later on, Hepatitis B and Influenza vaccines were not given to infants under six months, as an extra precaution.  Once the 1999 statement was let out, and Thimerosal was removed, rates of Autism continued to increase, despite the removal, showing that it couldn’t be the cause if the rates were still increasing.  Dr. Robert Frenck Jr., professor of paediatrics at Cincinnati Children’s Hospital concluded: “The Scientific evidence was indicating that there really was not a relationship between MMR plus Thimerosal and autism” (Gardner, 2009).

In the survey previously mentioned, the parents were given the chance to state their opinion on the idea of vaccinations causing autism. In the chart below, it shows that the majority of parents believed that vaccinations were risky, even though 96% of the parents chose to get their children vaccinated.

This shows that even though the vaccinations were seen to be risky, parents still chose to vaccinate their children. As stated by Dr. Barbara Trommer, associate director of the developmental centre at Miamonides Medical Centre in New York City, the message to parents should be that the health benefits of vaccines far outweigh the risks (Gardner, 2009). Though fear is being brought into the minds of parents, they need to understand that scientists are working to make sure vaccines are as safe as possible, and the ratio between risks and benefits points a lot more to the benefit side.

Many parents have started to develop anxiety from factors such as the media, which is leading to a decrease in immunized children. This is putting children at risk for many other diseases that could cause even more harm than Mumps, Measles or Rubella. Vaccinations cause what is known as herd immunity, a buffer protecting those with weaker immune systems, from those that the vaccine didn`t work for, and from those who weren’t vaccinated at all (Crocker, 2009). These vaccines are meant to prevent children from catching serious diseases, such as pneumonia epiglottis, a severe throat infection, and meningitis, an infection of the covering of the brain and spinal cord, caused by bacteria (Park, 2009). In a case study done in Britain[1], parents that didn`t immunize their children realized their children were still at risk and may contract other diseases, as they lacked the herd immunity (Condon, Evans, Freeman, Grizzell, Stoddart, 2001). As childhood illness is curbed through vaccinations, children who aren`t vaccinated are more available to contract diseases that could be very harmful to them. In January 2009, one child died from and four others were infected with a bacterial disease known as Haemophilias influenza type B (Park, 2009). None of the children were immunized. The Centre for Disease Control states that 1in 20 children die from Hib every year, and vaccination is strongly urged (Park, 2009). In the Britain case study, parents who didn`t have their children immunized said they wanted their children to contract diseases to encourage natural immunity (Evans et al., 2009).

When it comes down to the true information, it all goes back to the hard evidence. Previous theories towards vaccinations causing autism has been disregarded as it has been proven wrong and now 10 out of 13 authors of the original paper have retracted their interpretation of a connection (Canadian Paediatric Society, 2007). Not only has the evidence been disregarded, but when analyzed, the studies didn`t meet consistency with the findings. The Institute of Medicine review failed to show any association between MMR and autism, and they were rejected on the topic. When more than three quarters of the original authors are backing down, it`s pretty obvious that their findings were not proven to be correct.

If there’s one person who has been the most misleading throughout this whole controversy, it would be Dr. Andrew Wakefield, a Canadian trained surgeon who was originally from the United Kingdom. Dr. Wakefield’s research has been blamed for a large drop in vaccination rates, which has allowed for a resurgence of measles (Rose, 2009). Wakefield and two other colleagues are facing charges of serious professional misconduct over their research that claims a link between autism and MMR vaccine, a case most likely to exceed over 1 million Euros, roughly 1.5 million Canadian dollars (Rose, 2009). Wakefield believed that the vaccinations caused intestinal inflammation to occur, and eventually result in autism. In every case tested by Wakefield, symptoms of intestinal inflammation didn’t appear until children were diagnosed with autism (Crocker, 2009). With his theories proven wrong and Wakefield being investigated for professional misconduct, it provides an eye opener to any parent that believes vaccinations cause autism.

An abundance of evidence proving vaccinations do not lead to autism has surfaced; more than a dozen studies, as well as trend data from California and other states show mercury containing preservative Thimerosal or MMR vaccine does not cause autism (Allen, 2009, p.A18). Parents need to realize that the benefits outweigh the risks when it comes to vaccinations, and that evidence stating that autism can develop from MMR vaccines has been proven wrong. Parents need to get their children immunized to ensure they`re safe and live long, healthy, lives.

Autistic spectrum disorder: No causal relationship with vaccines. (n.d.). Retrieved May 31, 2009, from http://www.cps.ca/english/statements/id/pidnote_jun07.htm

[1] A case study was done by Condon, Evans, Freeman, Grizzell, Mulldn, and Stoddart, in 2001 to investigate what influences parents’ decisions on whether to accept or refuse the primary MMR immunization and the impact on the recent controversy over its safety. The study consisted of forty eight parents, whose youngest child was between 14 months and three years old. These parents attended groups at community halls in six locations in Avon and Gloucestershire, Britain. Three of these groups were immunizers, the other three non immunizers.  The study concluded that parents wanted up-to-date information about the risks and benefits of MMR in advance of their immunization appointments, and many parents didn’t have confidence in their health professionals.