Autism and the Environment

Autism, a growing social disorder in our society is defined as a pervasive developmental disorder of children, characterized by impaired communication, excessive rigidity, and emotional detachment. Over the years autism has 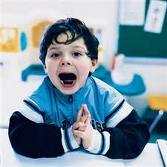 remained a mystery when it comes to the cause. The original theory was that autism was caused by genetic predisposition, but over time this has changed. Today, the prevailing theory is that factors in the environment are what has caused this rapid increase in diagnoses. These factors include harmful substances like pesticides, chemicals in household products, and viruses. The topic of the affect of the environment on autism is one of great debate with varying opinions.

Many feel that children’s exposure to harmful factors in the environment has increased the number of diagnoses of autism. Many chemicals in the environment affect development, and these chemicals completely change the way in which the brain grows. Examples of these are: mercury, lead, and flame retardants. Household products such as pet flea shampoos are known to cause a dramatic increase in autism among children. There have also been questions raised as to whether anti-bacterial soaps could potentially have an effect on autism, on the basis that they harm the brain by altering the immune system. Another theory is that over the last thirty years, chemicals and bacteria have changed dramatically in our world. New microbes have been introduced to the environment which could aid in the dramatic increase of autism. A place which has been hit hard by the increase in autism is the state of California. In 1990, 205 children were diagnosed with autism. In 2006, that number rose all the way to over 3000 new cases (Cone).  In 1990, 6.2 out of every 10 000 children were diagnosed with autism(Cone). But by 2001, that number had risen to 42.5 out of 10 000 children (Cone). Also in Canada, autism is a problem garnering serious attention as well. Today, one in every 150 children are diagnosed with autism in Canada. In Manitoba, over 2000 people currently live with autism, and that number continues to increase. Manitoba comparatively speaking does have a low autism rate compared to the rest of the nation. In Canada a total of 190 000 children are stricken with autism.

The theory of the affect of the environment on autism is widely supported by most scientists. The initial movement to this idea of environmental factors in autism was started by Irva Hertz-Picciotto who stated that “It’s time to start looking for the environmental culprits responsible for the remarkable increase in the rate of autism in California”. Hertz-Picciotto studied over seventeen years of data along with Lora Delwiche, who is a member of the California-Davis Department of Public Health Sciences. Delwiche came to the conclusion that in California “autism shows no signs of plateauing” (Cone). Hertz-Picciotto also said “There’s genetics and there’s environment. And genetics don’t change in such short periods of time”. Another expert on the subject; Dr. Bernard Weiss, a professor of environmental medicine and paediatrics at the University of Rochester Medical Center agreed with what Hertz-Picciotto put in her report. He stated “excessive emphasis has been placed on genetics as a cause. The advances in molecular genetics have tended to obscure the principle that genes are always acting in and on a particular environment. This article, I think, will restore some balance to our thinking”

After reading these quotes by different scientists, it provides an interesting perspective to how we view matters related to mental disorders. Some of these scientists shed light on the idea that maybe not all disorders are genetically related. There is potential that some of them are caused by environmental factors as well, and society tends to turn a blind eye to this. It is a lot more comforting to believe that diseases are caused by what we cannot control then by what we can. The reality that autism is spurned by our own creations of harmful products and wastes is an unnerving thought. If the problem is to be fixed however it is of tremendous importance to start accepting responsibility and these scientists doing research are pioneers in that respect.

Some people are not so quick to agree with some things published in the report however. One main conclusion the report had was that vaccines were in no way a cause for autism. This is a much debated issue that has resulted in varying opinions. The report stated that thimerosal, found in mercury had no link to autism. In recent years many people, including celebrities like Jenny McCarthy supported this idea. They said the thimerosal was interfering with crucial neurons in our brain that contribute to development. As a result many people began to stop allowing their children to participate in vaccinations. Thimerosal used to be used in most child vaccines, but since has been removed from all vaccines. Many people strongly disagree with this claim that thimerosal does not contribute to autism.  Dr. Andrew Wakefield at the Royal Hospital in London believed that vaccines were definitely a link to the autism epidemic. He believed that children have acted differently after receiving doses of the measles, mumps and rubella vaccines.  He believed that the combination of the three vaccines given at once completely overloads the body’s immune system. This is completely opposite to the findings which Hertz-Picciotto had shown in the previous paragraph.

Autism is a rising problem in our society today. Over the years autism has increased so dramatically there must be way more energy and resources put into this problem than ever before. Until then the diagnoses of autism will only continue to increase, and the problem will only continue to get worse. It has been a trend ever since the early 1990’s that autism cases have skyrocketed, and as the environment continues to change the amount of people being diagnosed should only increase. This could become a real problem in our society if it gets to the point where half of all people are being diagnosed with autism and are not functional in society. But at this point this study conducted may be the breakthrough necessary to stop the increase in autism cases. This new discovery that blames environmental factors is extremely important because it could finally have this problem that is plaguing families fixed.

Cite this article as: William Anderson (Schoolworkhelper Editorial Team), "Autism and the Environment," in SchoolWorkHelper, 2022, https://schoolworkhelper.net/autism-and-the-environment/.