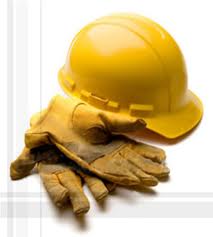 ·          Employment: any legal activity carried out for pay or profit

·          Self-Employment: providing services on contract, producing products, or sell someone else’s product on their own initiative

·          Part-Time Employment: refers to people who usually work fewer than 30 hours each week, can be voluntary or involuntary

·          Frictional unemployment: when workers move between jobs, or return to the workforce

·          Cyclical unemployment: when jobs are lost due to a temporary downturn in the market

·          Structural unemployment: when workers do not possess the required skills for the market, do not live where jobs are available, or are unwilling to work at the offered wage

·          The percentage of the labour force that is unemployed

·          Canada usually has a higher level of unemployment than the U.S. and other countries

·          Many issues are not considered in the unemployment rate, such as levels of part-time employment

·          The ratio of the labour force to the working age population

·          unemployment can keep inflation in check, which stimulates investment with low interest rates

·          system pursues interests of corporate elite, not that of the unemployed

READ:
Canada and The Dirty Thirties

·          Inflation and unemployment have an inverse relationship: full-employment increases production costs, raising the price of goods; an abundance of labour keeps costs down

·          In most parts of the country, individuals earning the minimum wage live below the Low Income Cut-off for their area

·          Equity: existence of adequate levels of health and security for all people, and a reasonably equal distribution of income and wealth

·          Provide income loss protection for those in labour force

·          While they care for newborns or newly adopted children

·          Claim period is the amount of time an individual can collect EI benefits, depending on weeks worked and unemployment rate

·          Changes in policy have made eligibility requirements more difficult to meet

·          Benefit rate declines according to number of weeks collected

·          This is a major concern among labour and business groups

·          Replaces the courts in compensation for workplace injuries

·          No-fault compensation protects employers and employees, regardless of whether negligence was involved

·          Maternity/Parental and Sickness benefits are exempt

·          WC covers costs of rehabilitation, loss of income for worker, and loss of support for dependants in the event of worker’s death

·          Most programs are funded by employer contributions, and coverage varies by province

·          Fellow Servant Rule: if fellow worker responsible, employer was not

·          Contributory Negligence: if workers own conduct contributed to injury, employ not responsible

·          Increased number of lawsuits against employers

·          Workers give up right to sue for work-related injuries, regardless of fault, in return for guaranteed compensation for accepted claims

·          Strong correlations between net EI spending and performance of the economy