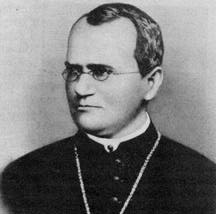 inheritance of biological traits.  His discoveries were made during the mid 19th century.

Mendel was a Moravian monk who spent several years at the University of Vienna studying science to become a high school teacher.  He eventually returned to a monastery in the Czech Republic where he performed his famous experiments in genetics.

Reasons why he used pea plants:

Mendel had a ‘mathematical’ approach to this experiment.The popular theory that inheritance was blended, was disproved by Mendel. He took two pure breeding pea plants, one short and one tall. He fertilized them with the opposite trait. This generation was called the ‘Parent Generation’ Both plants yielded only ‘Tall’ plants. This offspring was named ‘Filial Generation’. Again, he fertilized them and this generation was called “Second Filial Generation” and they yielded both short and tall plants.

CONCLUSION: The short trait didn’t disappear entirely, rather it was recessive.

The ratio that the F2 generation yielded persisted in every single experimental breeding. This ratio is called ‘Genotypic Ratio’

So Mendel arrived at the conclusion that:

Mendel was Successful because:

1. He knew that duplicating his experimental crosses thousands of times would lend validity to his results and explanations.

2. He used mathematical probabilities to strengthen his work.

3. He used the common pea plant.

– He could control the parental crosses

– They were easy to grow, they matured quickly and produced many seeds.

4. He kept accurate quantitative records of his experiments.

One factor from a pair of alleles will be dominant over the other, i.e. there exists a dominant allele for a every recessive allele. This determines whether an individual is a heterozygous dominant or a homozygous dominant/ recessive.

Each organism initially receives two alleles for the same gene from its parents, but later separate and segregate into two different gametes during gamete formation.

Punnett squares are used to predict the possibility of a particular outcome in a breeding experiment. It was introduced by poultry 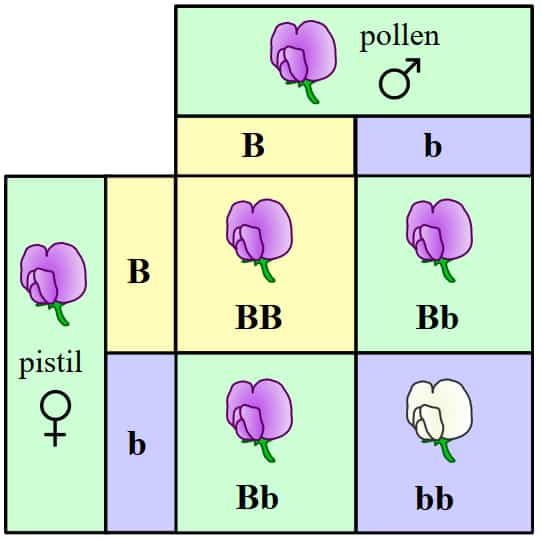 geneticist in the 1900s.It can be used with monohybrid and dihybrid crosses. On one side of the square, phenotypes of the male gamete is listed. On the other side phenotypes of the Female gamete is listed.Then, we match both sides, and list all possible outcomes within the squares.The Genotypic Ratio is 1:2:1 and the Phenotypic Ratio is 3:1.“Chance has no memory”, so if a mother bears a child with a trait that had a 25% possibility, in her next pregnancy, that chance doesn’t diminish.

These alleles are located on the same loci in both, maternal and paternal chromosome, but might differ as in whether its dominant or recessive.

The maternal and paternal pair of chromosomes is called a Homologous pair.

According to the alleles inherited, the organism is categorized into HETEROZYGOUS and HOMOZYGOUS.

It is necessary to determine genotype because an organism with a particular trait could be homozygous or heterozygous. Hence, knowing genotype is important.

While individual organisms have two alleles, its gamete only has one allele, distributed randomly.

A testcross is done to determine the genotype of a suspected heterozygous individual. It is done by crossing a homozygous recessive individual with the said heterozygote.

If the results come out in the ratio of 1:1, then the individual is a heterozygote. 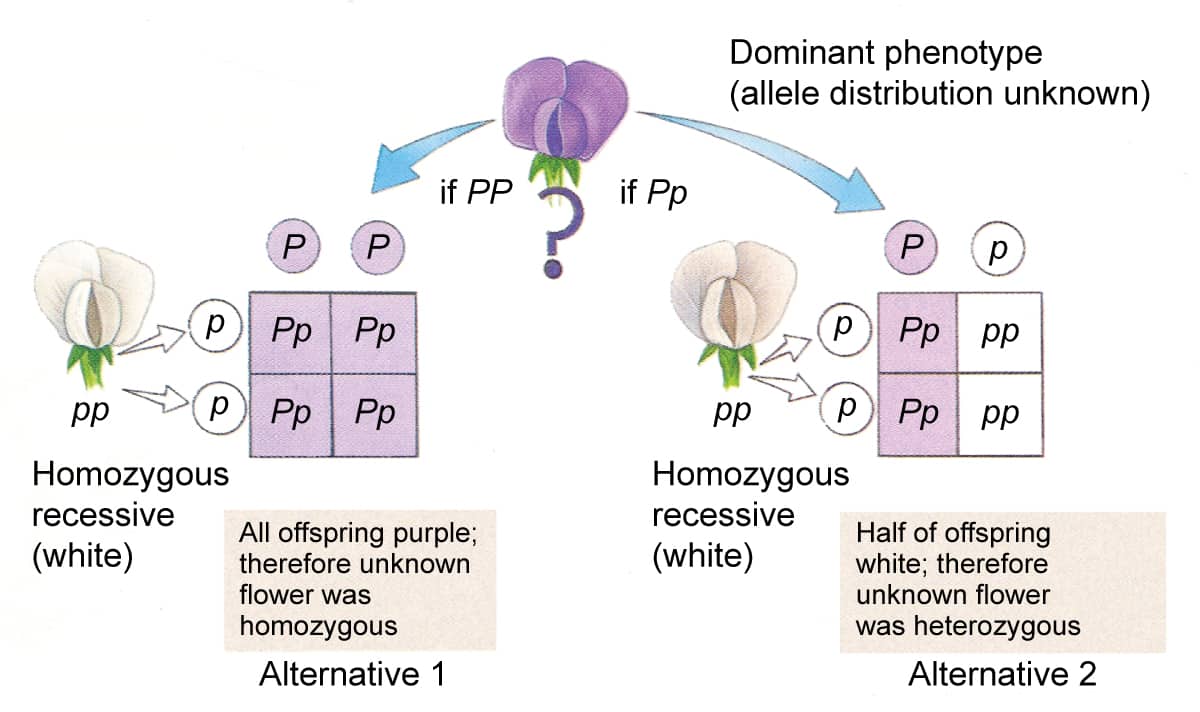 They are the product of two different traits, independent of each other. For example, tall and yellow peas, with short and wrinkled peas.

There were two possible outcomes.