Napoleon Bonaparte was born in 1769 and died in 1821.  Napoleon was a military genius for the loyalty of his troops, and for his spectacular 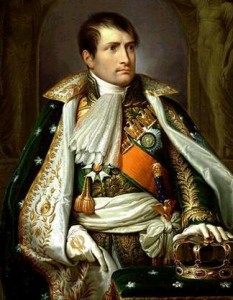 victories.  The many change of the government in France, against the background of war, made possible the rise of a military dictator.  Since childhood, Napoleon was taught strategies and tactics to help him succeed through battles.  At the age of fifteen, he entered the advance military school, the Ecole Militaire in Paris. Napoleon was promoted to a general at the age of twenty four, where he was put in charge of the Italian campaigns. After conquering most of the Italian Penninsula, Napoleon gained the support of the government and earned the respect of Sieyes and Tallyrand.  They identified Napoleon as their strong man in the Coup of Brumaire.

In 1799, Napoleon introduced a dictatorship to bring order to the chaos in France. He instituted many reforms, for example in the civil service and treasury. He guaranteed the France people equality and fraternity. In exchange, he took away their liberty. Another reform was the creation of the national education system. This was a pleasant addition because it adds knowledge to the Empire. Another was a new constitution, in this he presented to the public in a plebiscite that required them either to accept fully his version or to allow him to govern without the restrictions of a constitution. This was a lose, lose situation for the people. The support of the army was a major factor in his successful dictatorship. Napoleon put the three consuls in charge of the new executive branch in which he was the first consul. Napoleon also introduced many foreign policies. One was the continental system; this forbade the importation of British goods into Europe. In the first coalition, England joined with Austria and Prussia.  The French was defeated because of their embarrassing loss in the Mediterranean.  They lost most of their supplies which doomed their chances for a victory.  Austria alliance with Russia and England to form the second coalition.

This war was concluded by a brief interval of peace, which lasted from 1801 to 1803. A third coalition was formed by an alliance between England, Austria, and Russia. The French were conquered at sea, but with perseverance, successfully dominated at land. After their defeat, the France army became invincible. This shortly came to an end after the French were embarrassed in the invasion of Russia. Of the 600,000 troops that entered Russia, 400,000 died and 100,000 were taken prisoner.    The biggest factor in the decline of Napoleon was his defeat in Russia.  England, Prussia, Russia, and Austria joined forces to begin the war of liberation.  In this battle, Napoleon was forced to surrender when she was attacked from all sides by his enemies. By terms of the surrender, Napoleon was forced give up the throne. In his place, Louis XVIII took over the throne. 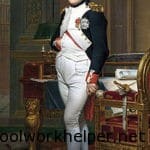 The Tactics and Strategies of Napoleon Bonaparte 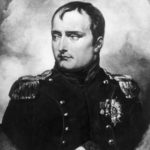 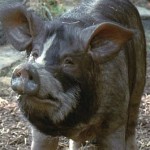 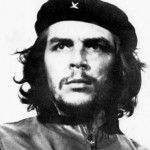