In The Good Earth, by Pearl S, Wang Lung the main character is a poor peasant who buys a wife and moves up in the social ladder 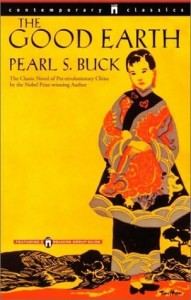 during the peasants’ revolution. This story displays many major ideas of ancient Chinese culture, such as the social order, the treatment of women, and the role of the family in everyday life. At the beginning of the movie the following quote appears on the screen “The soul of a great nation is expressed in the life of its humblest people. In this simple story of a Chinese farmer may be found something of the soul of China. Its humility, its courage, its deep heritage from the past and its vast promise for the future.” This means that an empire’s greatness can also be measured by the life of its poorest people, and from this you can tell its character and where the empire is going. The Good Earth is an accurate reproduction of China during the Song and Tang Dynasties. The role of the family was completely represented in both the film and the book. The oldest male in the family is always greatly respected with filial piety. Filial piety was the idea that elders should be respected and the older you were the wiser you were. In the beginning, Wang Lung bought an ugly slave for a wife because his wise father told him to. Wang Lung’s respect for his father somewhat diminishes as his wealth increases and because of this he buys a second wife for his own pleasure. This shows that the Chinese society was predisposed against women and they were a disgrace to the family. The Good Earth shows the treatment, or mistreatment, of women accurately.

O-Lan was treated badly by today’s standards, but Wang Lung was kind to her compared many other husbands back then. Women in China were treated as slaves, they often worked in the fields, kept the house, and cared for the children. If a couple had a girl as a first child then there was a good chance that she would be killed because only men could earn good money. Some women had their feet bound to keep them small, this was thought to be attractive. If a woman’s feet were bound then she could not be a slave or even walk properly on retarded feet. Rich men sometimes had two wives, one they bought for slave work and the other for beauty. Women were on the bottom of the social food chain, everyone was higher than they were. The social order of China during the Song and Tang Dynasties is correctly represented especially, which is shown through the rise of the gentry class and the slow decline of the aristocratic landowner. The gentry class were well educated men with specific skills who started to become more valuable. In China, peasants were very poor and countless until the gentry class emerged. The gentry class was made up of merchants, shop owners, and skilled artisans. This group can be compared to today’s working middle class. The movie shows the revolt of the peasents against the Nobles and Landowners. When the gentry class came in, they began to buy the land from The Great House and give themselves power. Now the educated scholars with skills were the respected powerful. When Wang Lung fell into his wealth he began to buy more land and reap the benefits from the crops on his land. With his increasing capitol he eventually bought The Great House. The Good Earth is a story of a poor peasant during a time of change in ancient China, and how he moved up to the top of his society. This story accurately conveys the Chinese culture and way of life during the Song and Tang Dynasties. The rise of the Gentry class and the fall of the aristocratic nobles, was truly and truthfully depicted. This was both a time of joy as well as suffering for the Chinese people that is portrayed in The Good Earth.