Rudolph Diesel was a German engineer who in 1892 created the diesel engine, a type of internal combustion engine.  He was born on the 18th of March, 1858 in Paris.  Rudolph was born into a poor family and was surrounded by poverty almost all of his life, making for a very unhappy childhood.

Diesel started his education in Paris where he was an excellent student.  He enjoyed art and spent a lot of his time in the museum of arts and 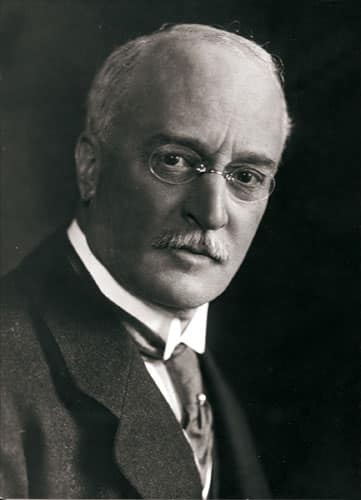 crafts. The outbreak of the Franco-Prussian War forced him and his family to leave Paris and go to London.  Rudolph was enrolled in a London school to continue his education. He was most impressed by the British Museum and the South Kensington Museum’s exhibits of science and engineering.

Rudolph’s aunt, Betty Barnickel, heard of their family’s misfortune and offered to take in Rudolph into their home in Augsburg in Rotterdam.  Betty Barnickle was married to Cristoph Barnickel, he was a professor at the Augsburg’s Royal District Trade School and they lived in a modest, warm home.  After studying three years in Augsburg, Rudolph decided to become an engineer.

When the war ended, Diesel moved back to Paris with his family.  But shortly later moving back to Paris, Rudolph’s sister died and a decision was made for him to move back to live with his aunt and uncle in Augsburg.  In 1883, Rudolph was enrolled in the mechanical engineering program, and he excelled in it, graduating as the youngest student with the highest marks ever.  He was awarded a scholarship to Munchen Polytechnic in Germany.  After several years of living in Munich, Diesel was granted German citizenship.

In January 1880, Rudolph joined the Sulzer Engine Works in Winterthur, Switzerland to begin his apprenticeship building refrigeration and steam engines.  Rudolph began to think there must have been a better way to use the energy from the fuel that the most efficient steam plant used. At the time, 90% of the fuel was wasted.  He built up many thoughts and ideas about laws of heat and energy.

Diesel was sent back to Paris to oversee the building of a refrigeration plant.  In 1881 he had his first patent on a refrigeration machine and started to work on it by 1883 it worked. He invented the refrigeration system now used in many electrical refrigerators.  Also in 1883, Rudolph married Martha Flasche.  Rudolph and Martha gave birth to three children in total.

Because of economic troubles, Diesel had to settle for a new job in Berlin.  So Rudolph and his family moved to Germany in 1890.  There he met an old school friend, who gave Rudolph motivation to start designing and working on his diesel engine.  In February, 1893 Diesel gets patent for a design based on “The theory and construction of a rational heat engine to replace steam engine and contemporary combustion engine”.  He seeks the help of Carl Buz, who had helped him build his refrigeration machine some years back.  After some alterations to Diesel’s ideas, Buz agreed to build a prototype.  He also sought support from major machine manufacturers.

Contracts with these companies guaranteed Diesel the production of a test engine and an appropriate salary.  He started up his own business and dedicated himself entirely to the realisation of his engine. A test engine was completed on July, 1893 in Augsburg.  This was the first model built and it ran under its own power with 26% efficiency, remarkably more than double the efficiency of the steam engines of his day. Finally, in February of 1897, he ran the “first diesel engine suitable for practical use”, which operated at an amazing efficiency of 75%.

Diesel demonstrated his engine at the Exhibition Fair in Paris, France in 1898. This engine was fueled by peanut oil, which was what Diesel has in mind.  He thought that the utilisation of a biomass fuel was the real future of his engine. He hoped that it would provide a way for the smaller industries, farmers, and “common folk” a means of competing with the large industries, which controlled all energy production at that time.  He also wanted the engine to serve as an alternative for the inefficient fuel consumption of the steam engine.

In order to manage the explosive growth of the Diesel engine. Rudolph establishes a company to manage the licensing.  It is called the General Diesel Corporation, and is founded on September 17, 1898.

After many years of unsuccessful attempts to get the engine on the road for everyone to use, Diesel had been widely criticised.  Diesel was badly troubled by the criticisms. And in 1913 he vanished from a boat to England. His body was found ten days later. It was clear that he had committed suicide.

After Diesel’s death, the injection pump and the precondition for a commercial vehicle diesel engine was created.  It allowed a metered fuel supply and the heavy auxiliaries became unnecessary.  In the years 1923 to 24 the first diesel-driven lorries were built, and in 1936 series production of the first car with a diesel engine began.  The diesel remains the thermal engine that works most economically. Today, diesel engines power lorries, buses, tractors, heavy trucks, construction and agricultural equipment, some cars and most commercially operated boats.  Other major fields of application are railways and power stations, in which generators are driven by diesel engines.