Samuel Taylor Coleridge, to those who know and understand his poems well, exists in three modes, as Philosopher, Poet, Friend.  If the truth were told, we should all be obliged to admit that the Philosopher escapes us.  It is the opinion of many that Coleridge as Poet is almost equally an evanescent shadow; and though the many are in this quite mistaken, they have some excuse for thinking thus, because his fulfillment falls far short of his promise.  Due to Coleridge’s complex styles of writing, the concept and meaning of his poems can be taken in more ways than one and are often criticized by the individual reader, but the true meaning only lies inside his head.

The failure to appreciate how extremely great the fulfillment exists, the causes of this injustice to Coleridge the Poet are the splendor of the 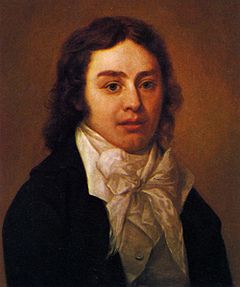 three poems of his which everybody knows and admires, and also the habit of regarding him as a mere satellite of Wordsworth, or at least as Wordsworth’s weaker brother.  These are his Poems of Friendship.  They cannot be even vaguely understood unless the reader knows what persons Coleridge has in mind.  They are, for the most part, poems in which reference is made with fine particularity to certain places.  They were composed as the expression of feelings which were occasioned by quite definite events.  Between the lines, when we know their meaning, we catch glimpses of those delightful people who formed the golden inner circle of his friends in the days of his young manhood.  They may all be termed, as Coleridge himself names one or two of them, Conversation Poems, for even when they are soliloquies the sociable man who wrote them could not even think without supposing a listener.  They require and reward considerable knowledge of his life and especially the life of his heart.

This is not so certainly the case with his three famous Mystery Poems, in which the spellbound reader sees visions and hears music which float in from a magic realm and float out again into unfathomable space.  Their perfection not of this world nor founded on history of circumstances.  No knowledge of their origin or mechanism can increase their beauty or enrich their charm.  To attempt to account for them, to write footnotes about them, if it were hoped thereby to make them more powerful in their effect upon the imagination, would be ridiculous and pedantic, however fruitful of knowledge and interest the exercise might be.

While the Philosopher has wandered away into a vague limbo of unfinished projects and the Poet of  “Cristabel” and its companion stars can only gaze in mute wonder upon the constellation he fixed in the heavens, the Poet of the Friendly Pieces lingers among us and can be questioned.  We owe it to him and to ourselves to appreciate them.  It is unfair to his genius that he should be represented in most anthologies of English verse only be the Mystery Poems, and that those who read the Poems of Friendship should be generally be ignorant of their meaning.  It is unfair to ourselves that we should refuse the companionship of the most open-hearted of men, a generous spirit, willing to reveal to us the riches of his mind, a man whom all can understand and no one can help loving.  There is not so much kindness, humor, wisdom, and frankness offered to most of us in the ordinary intercourse of life that we can afford to decline the outstretched hand of Coleridge.

Poetry draws mankind together, breaks down barriers, relieves loneliness, shows us ourselves in others and others in ourselves.  It is the friendly art.  It ignores time and space.  National, racial, and secular differences fall at its touch, which is the touch of kinship, and when we feel this we laugh shamefacedly at our pretensions, timidity’s, and reserves.  Everything in antiquity is antiquated except its art and especially its poetry.  That is scarcely less fresh than when it fell first from living lips.  The religion of the ancients is to us superstition, their science childishness, but their poetry is as valid and vital as our own.

It is the nature of all great poetry to open and bring together the hearts of men.  And few poets have so generously given themselves out to us as Coleridge.  The gift is rare and wonderful because he was a very good man, even more that because of his marvelous mind.  When he was said to be good, he was said to be loving.

The compositions which are denominated as the Poems of Friendship or Conversation Poems are “The Eolian Harp”, “Reflections on having left a Place of Retirement”, “This Lime-Tree Bower my Prison, “Frost at Midnight”, “Fears in Solitude”, and  “The Nightingale”.  The list is not complete; there are shorter pieces which might be added; but these are the most substantial and the best.

“The Eolian Harp,” composed on August 20, 1795, in the short period when Coleridge was happy in his approaching marriage and is moreover in substance his first important and at the same time characteristic poem.  The natural happiness of Coleridge, which was to break forth from him in spite of sorrow through all his darkened later years, flows like a sunlit river in this poem.

Here is the Philosopher at his best, but he steps down from the intellectual throne at the bidding of love.

It is to be noted also that the blank verse is more fluent and easy, moving with a gentle yet sufficiently strong rhythm, and almost free from the suggestion of the heroic couplet, a suggestion which is felt in nearly all 18th-century unrhymed verse, as of something recently lost and not quite forgotten.  The cadences are long and beautiful, binding line and sentence to sentence in a way that the constant use of couplets and stanzas had made rare.

A few weeks later Coleridge wrote “Reflections on having left a Place of Retirement.”  The poem begins with a quiet description of the surrounding scene and, after a superb flight of imagination, brings the mind back to the starting-point, a pleasing device which we may call the “return.”  The imagination, in the second poem, seeks not, as in the first, a metaphysical, but an ethical height.

In imagination he follows them as they “wander in gladness along the hill-top edge” and thinks with special satisfaction of pleasure granted.  In this third Conversation Poem Coleridge has risen above the level attained in the former two; the significant thing is Coleridge’s unselfish delight in the joys of others.  Happiness of this kind is an inexhaustible treasure to which all have access.

“Frost at Midnight”, composed in February, 1798, also dates from that most blessed time, when he was living in Concord with his wife.

“Fears in Solitude,” written in April 1789, “during the alarm of an invasion,” is the longest of the Conversation Poems.  It begins characteristically in a low key, with a quiet description of the poet’s surroundings.  He is reposing, happy and tranquil, in a green dell, above which sings a skylark in the clouds.  Then quite suddenly “his conscience cries out,” when he thinks of the dangers and sufferings of others.  It is the confession of a tender-hearted, conscience-stricken man, to whom has been revealed a region above partisan and national views.  We feel that is the passage had been declaimed to an army before battle, the men would have broken ranks in horror of their own designs.

In the same productive month, April 1789, he wrote “The Nightingale,” which he himself terms a Conversation Poem, though it is neither more nor less conversational than the others of this kind.  Prior to his return from Germany, in the summer of 1799, he had not become a slave to opium, though the habit of taking it had been formed.  In the next three years the vice grew fixed, his will decayed, he produced less, and fell into depths of remorse… he was unhappy with his wife; and … the woman for whom Coleridge felt most affection was Sarah Hutchinson.  There was something innocent and childlike in all his sympathies and likings and loving.  He never permanently alienated a friend; he never quite broke the tie between himself and his wife; he could, it seems, love without selfishness and be loved without jealousy.

Due to Coleridge’s complex styles of writing, the concept and meaning of his poems can be taken in more ways than one and are often criticized by the individual reader, but the true meaning only lies inside his head.  It is the nature of all great poetry to open and bring together the hearts of men.  Coleridge’s poetry is one of friendship with a loving behavior, and that is the reason why people are attracted to his literature.