The book starts with the setting in New York as the main character is pondering the execution of the Rosenbergs. Esther the main character is in New York because of contest held by a fashion magazine. While in New York Esther tells about her life by the encounters she’s had. She is a college student and is in the honors courses. The whole trip to New York had messed up Esters way of thinking. For example before she went to New York she had planned to finish college and become a poet or English professor, but now she had no idea.

When Esther returned home she became very depressed. She wanted to disregard the whole New York experience by taking an 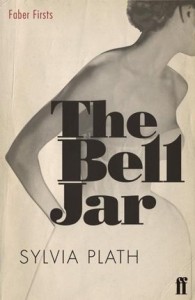 exclusive summer writing course. Only the best of the best writers had been able to be excepted to this class and Esther was sure she had made it until her mother had told her she was not accepted. This was what pushed Esther over the edge. She became more and more obsessed about how she would kill herself and planed it out carefully. When the time came she just couldn’t do it. So she began to preoccupied herself by thinking of other ways of death.

She couldn’t sleep or read this bothered her because she loved to read. Finally she went to see a doctor who gave her shock treatments. This made Esther even worse so she slipped even deeper into her depressed state. She knew the bell jar was almost completely upon her and there was nothing she could do to prevent the suffocation of her own life. She knew there was something very wrong and neither her family or herself had no idea how to help prevent this and it made her wish for death. Finally she did it, she plotted a scheme to end the torture of her insanity. “The silence drew off, baring the pebbles and shells and all the tatty wreckage of my life.” This way she thought she could escape the madness inside herself and this made her happy. So she did it and her family knew then she needed help so they with the help of a rich lady put her in a facility that could help her. Esther did get help and became sane again through special help and a good doctor who gained Esthers trust.    Sylvia Plath’s life is the basis for this intriguing book. She was born in Massachusetts 1932. In August of 1950 her first publication was “And Summer Will Not Come Again,” this was in Seventeen magazines. Another publication was in the Christian Science Monitor this was a poem “Bitter Strawberries.”

In September 1950 Sylvia went to Smith College (the largest woman’s college in the world). Just like in the book she won a contest to go to New York. In June of 1955 she graduated from college and soon after at Cambridge University she met her husband. Ted Hughes who was a poet married Sylvia in London in spring of 1957. Later Sylvia became an instructor at Smith College in the English department. In April of 1960 their first child was born and Sylvia’s book of poetry was accepted for fall publication by William Heinemann Limited. In January of 1962 their second child was born. In 1962 the “Bell Jar” was published and in 1963 she ended her life. The Bell Jar had descended again she wrote in her journal.

Excepted ??? This is part of the quote from above “of the best writers had been able to be excepted to this class and Esther was sure she had made it until her mother had told her she was”. Please…