Element 43 was predicted on the basis of the periodic table, and was erroneously reported as having been discovered in 1925, at which time it 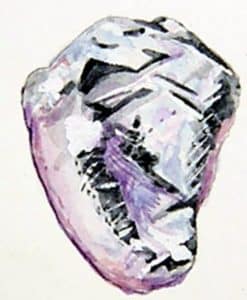 was named masurium. The element was actually discovered by Perrier and Segrein Italy in 1937. It was found in a sample of molybdenum, which was bombarded by deuterons in the Berkeley cyclotron, and which E. Lawrence sent to these investigators. Technetium was the first element to be produced artificially. Since its discovery, searches for the element in terrestrial material have been made without success. If it does exist, the concentration must be very small. Technetium has been found in the spectrum of S-, M-, and N-type stars, and its presence in stellar matter is leading to new theories of the production of heavy elements in the stars. Nineteen isotopes of technetium, with atomic masses ranging from 90 to 108, are known. 97Tc has a half-life of 2.6 x 10^6 years. 98Tc has a half-life of 4.2 x 10^6 years.

The isomeric isotope 95mTc, with a half-life of 61 days, is useful for tracer work, as it produces energetic gamma rays. Technetium metal has been produced in kilogram quantities. The metal was first prepared by passing hydrogen gas at 1100C over Tc2S7. It is now conveniently prepared by the reduction of ammonium pertechnetate with hydrogen. Technetium is a silvery-gray metal that tarnishes slowly in moist air. Until 1960, technetium was available only in small amounts and the price was as high as $2800/g. It is now commercially available to holders of O.R.N.L. permits at a price of $60/g. The chemistry of technetium is said to be similar to that of rhenium. Technetium dissolves in nitric acid, aqua regia, and conc. sulfuric acid, but is not soluble in hydrochloric acid of any strength. The element is a remarkable corrosion inhibitor for steel. It is reported aerated distilled water at temperatures up to 250C.

This corrosion protection is limited to closed systems, since technetium is radioative and must be confined. 98Tc has a specific activity of 6.2 x 10^8 Bq/g. Activity of this level must not be allowed to spread. 99Tc is a contamination hazard and should be handled in a glove box. The metal is an excellent superconductor at 11K and below.