The Significance Of Our Dreams

Alexander the Great dreamt of a dancing satyr before conquering Tyre. An interpreter said his dream meant, “thine is Tyre”, which fortified Alexander before the battle (Boxer 1). President Lincoln dreamt about his own death before it actually occurred several days later, but ignored the dream (Cartwright 3). Is it possible that if he had taken his dream more seriously he could have taken precautions that would have spared his life on that fateful evening at the theater? The course of U.S. history could have been altered just as history was altered when Alexander the Great dreamt of a dancing satyr that led to the courage to conquer Tyre.

Understanding dreams and why we have them is important, but shouldn’t influence how we react to our daily lives. Many diverse 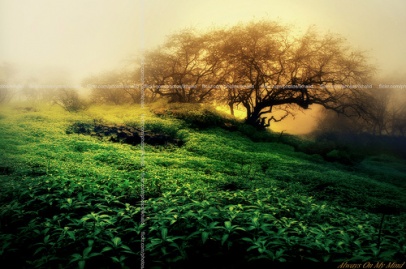 hypotheses have been made on how and why we dream and there is a wide-spread disagreement by psychologists and scientists to explain these strange happenings. One of the foremost authorities on dreaming was Sigmund Freud, who attributed dreaming to psychological causes. Freud said, “The dream hides not a divine message, but a wish from the dreamer’s unconscious” (Boxer 1). He felt that all dreams were tied to desires that a person wasn’t aware of consciously, and dreaming allowed these desires to be fulfilled (Evans 84).

G. William Domhoff, Ph.D., of the University of California, Santa Cruz, believes that dreams reveal the cultural stereotypes and preoccupations of men and women (Boxer 4). “You break down a verbal report of a dream into its constituent elements and count the number of times each element appears” (4). Analyses of dreams, counting the number of men versus women, friendly versus aggressive interactions, indoor versus outdoor locations, day versus night time, etc., can find out a dreamers preoccupation’s, explains Domnoff (4). Analyses like these can prove what men and women both notice more in their dreams. Men’s dreams are almost in complete contrast to women’s dreams. For example, women notice facial features of people in their dreams more than men, and tend to have more verbal than physical interactions with the people. Men dream of having more aggressive interactions with people, and notice the features of a person’s body more (4).

Although we have many more dreams than we remember, there is disagreement among experts whether we are dreaming to remember, or dreaming to forget. Stanley R. Palombo, M. D. of George Washington University said that, “Dreams are a test between the past and the present” (Boxer 5). He contends that dreams show how what is happening in your life now relates to something that has happened in the past. Therefore, we have dreams so that every memory can be stored in an emotionally significant place (Boxer 5). Contrasting Palombo’s ideas are Francis Crick, Ph.D., of the Salk Institute and theoretical biologist Graeme Mitchison, Ph.D., of Cambridge, England, who say that since most of our dreams are forgotten, we must be dreaming to forget. “An overloaded memory can malfunction, and this malfunction will show up as an obsession,” said Mitchison. If an overloaded memory turns to obsessions, it’s like vibrations in an airplane (Boxer 5-6). When you feel these vibrations, they can be meaningful by warning you of a fault with the plane, but it doesn’t mean you want to remember them. You want to forget them. What would it be like if every time you got on a plane, all could think about were the vibrations you had heard years before? What Crick and Mitchison are saying is that if you dream of an event after it happens, and you can’t remember your dream, it’s because you don’t want to. Therefore, you dreamt about it in order to forget about it. These scientists have hypotheses of why we dream, and what the cause of dreaming is, but how can we understand the different kinds of dreams that we have each night, and whether or not we should pay attention to them? Do they have some hidden meaning, or no meaning at all for us? Nightmares, lucid dreams, and repetitive (reoccurring) dreams; what do they mean, and how should we react to them? Nightmares are the low life of dreams. They are dreams of pain, fear, and unexplained bad feelings (“Nightmares” 1). Nightmares resemble unresolved problems a person might have in his/her life, and can contain certain details to indicate what these problems might be (Swami 89). Many times, people will have nightmares about something traumatic that has happened in the past, which indicates a problem you still have. Although nightmares can haunt a person, they can be very beneficial believe it or not. Having a nightmare only indicates what a person is afraid of or having problems with, and should be thought about afterwards, if remembered. They give you symbolic insight on what probably needs to be worked on in your life and should be paid attention to.

In most dreams a person cannot control what happens, but in a type of dream called a lucid dream, a person can alter what is happening without waking up (“Dream” 1). Steven LaBerge, a researcher of lucid dreams, said that lucid dreams allow a dreamer to do anything he/she wants; even overcoming a nightmare (“Lucid Dreams” 1). Throughout a lucid dream there are high and low levels of lucidity (mental clarity). A lower level allows a dreamer to change what they are doing to their liking, and everything seems completely real. During a higher level of lucidity the dreamer is completely aware that he/she is dreaming, and will most likely wake up soon. Because a person can control a dream when it is lucid, it’s not really important to infer any significance from the dream. It’s merely something the dreamer wants to be happening, not what could or should happen without the dreamer’s control.

The third, and last type of dreams people have are repetitive dreams, which occur over and over again. These dreams can be very beneficial. Repetitive dreams can pin point something in a dreamers life that they constantly think about, and usually don’t have any complicated symbols to go along with them. For instance, if you’re constantly dreaming about missing trains, you might simply be worried about missing trains (Boxer 4). In this situation, a dreamer can simply change his/her route to work, if they usually take the train, and most likely, the dream will cease. If a person is dreaming the same thing two or three times a week, it definitely has meaning, and should be noticed to an extent without going overboard. The dreamer should try changing one little thing in their life, and see if the dreams end.

According to scientists and psychologists, dreaming is an important contribution of the mind, but they disagree about the causes and significance of dreams. The type of dream you have determines the significance of what you dream. Clearly, certain types of dreams should be considered more important than others and may alert you to significant events or thoughts in your daily life. However, attaching significance and meaning to every image in a dream could lead to unwanted situations, and erroneous interpretations, possibly changing the course of history!