In 1825, a group of American businesspeople announced the formation of a canal building company, with interests in constructing a canal system across the Isthmus. This project was to take place in an area now called Panama. The endeavor was filled with controversy. Though the canal itself was not built until the early 1900’s every step toward the building and ownership, was saturated with difficulty. Walter LaFeber illustrates the dilemmas in a historical analysis. In his work he states five questions that address the significance of the Panama Canal to United States. This paper will discuss the historical perspective of the book’s author, address pertinent three questions and give a critique of LaFeber’s work, The Panama Canal. For proper historical analysis one must understand the importance of the Canal. The Panama Canal and the Canal Zone (the immediate area surrounding the Canal) are important areas used for trade. Even before the canal was built there were to large ports on both sides of the Isthmus. Large amounts of cargo passed through the Isthmus by a railroad that connected the two ports. The most important cargo was the gold mined in California before the transcontinental railroad was completed in the United States. It has strategic significance because of its location, acting as a gateway connecting the Pacific and Atlantic oceans.

This allows for rapid naval deployment between fleets in either ocean. These two facets make the Panama Canal very important in the 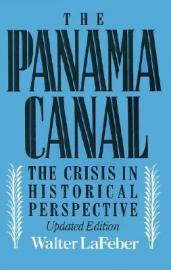 region. LaFeber notes that Panamanian nationalism played a large role in the creation of the canal and, consequently, the cause for thearea’s constant instability. The first expression occurred in the late 1800’s with Panamanian struggle for independence from Columbia. The United States eager to build the canal, and control its operation, used and backed Panamanian nationalist. During the Roosevelt administration, not only did the United States manipulate factors isolating Panama from other world powers through the Monroe Doctrine; but it committed troops aiding the revolutionaries against another sovereign state. The reason this is a surprise is because the Roosevelt administration normally held a position favoring stability. The United States had no legal right to use force against Columbia. Nationalism came back to haunt the United States. With the treaty signed and a 99-year lease given to the United States, the Canal was built. Since then, the United States has varied on its stance of ownership and the principles of sovereignty concerning the Canal. The ever persistent debate of who owns the Canal and who should have sovereign control over it, has not been solved. The United States has occasionally attempted to “claim” the Canal zone through various methods such as military occupation, exclusion of Panamanians for important jobs in Canal operations and even through the customary aspect of international law. However, each time the Panamanians have managed to maintain claim to the Canal despite the United State’s imperialistic posturing to get it. The most recent and notorious of the United States’ attempts to annex the Canal Zone was during the Reagan administration. President Reagan said that the Canal Zone could be equated as a sovereign territory equal to that of Alaska. The question here is, was he correct? LaFeber points out that, “the United States does not own the Zone or enjoy all sovereign rights in it.” He uses the treaty of 1936 in Article III that states, “The Canal Zone is the territory of the Republic of Panama under the jurisdiction of the United States.” The entire topic was summed up neatly by Ellsworth Bunker, a negotiator in the region, when he said, “We bought Louisiana; we bought Alaska. In Panama we bought not territory, but rights.”

A second important question, is the Canal a vital interest to the United States? LaFeber gives three points suggesting that it is not. 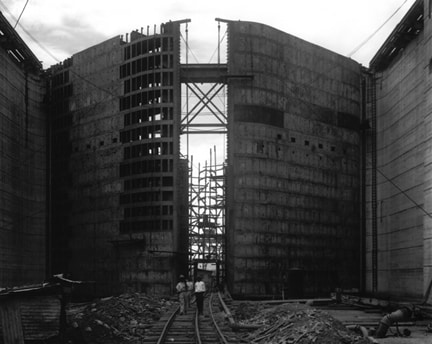 First, the importance of the Canal decreased after 1974, because of the end of the Vietnam War and all related military traffic ceased. Second, is the age of the antique machinery dating back to 1914. Inevitably the machinery will need to be replaced. Lastly, the size of the new tankers and cargo ships. The capacity of the canal is too small to handle such a large amount of tonnage. These are viable factors; however, the first argument is concerning whether a war is taking place. It is circumstantial in providing a solid reason for increased traffic through the Zone. This can easily change through and emergence of a new conflict or trading habits of other countries. Thirdly, why have the Panamanians insisted on assuming total control of the Canal. The Panamanians are making millions of dollars annually and the United States run the Canal efficiently. LaFeber points in the direction of economics as the principal factor and nationalism as secondary. The Panamanians fear the amount of reliance they have on U.S. investments. The fear is enhanced by the large dependence of their national economy on MNC’s, American banks and mining companies. LaFeber continues saying that Panamanians find it difficult to cross the Zone because of check points and resent their country being split in half. Continuing he asserts that perhaps if the Panamanians were to have complete control the Zone the amount of revenue would increase. Panamanians could also develop spinoff industries such as drydocks and ship building creating an increase inprofits. Walter LaFeber develops a persuasive argument for the interpretation of historical events surrounding the creation of the Panama Canal. As is consistent with other LaFeber’s works, his research and fact finding technique in The Panama Canal is complete if not exhaustive. He presents an objective outlook on issues surrounding the Canal. He uses a historical approach in presenting his contribution to a subject that is lacking in information and scholarly examination.