Satanism is the religion of the flesh. Happiness, to the Satanist must be found here and now. No heaven exists to go to after death and no Hell of burning punishment awaits the sinner. Strongly attached to our family and close associations, we make excellent friends. Satanists do not believe that you can love everyone and treat every person the same. By failing to hate you make yourself unable to love. Feared by their enemies and loved by their friends, Satanist’s build their stronghold in the community. The term occult means “hidden” or those things or teachings that are unknown information, knowledge that is gained beyond the five senses. Therefore, knowledge is received by some supernatural involvement or connection. Anton LaVey of the first church of Satan in San Francisco, California, says that “Satanism is a blatantly selfish brutal religion- It is based on the belief that man is inherently a selfish, violent creature… that the earth will be ruled by those who fight and win.” Satanism challenges the biblical teachings regarding mans relationship to others. Young Satanist’s believe that the strong will rule with Satan. Power has become an obsession with young Satanists. It is sought after on the physical, mental, and spiritual levels.

Gaining knowledge that others do not posses is another aspect of the occult. When an individual has more knowledge it allows them a degree 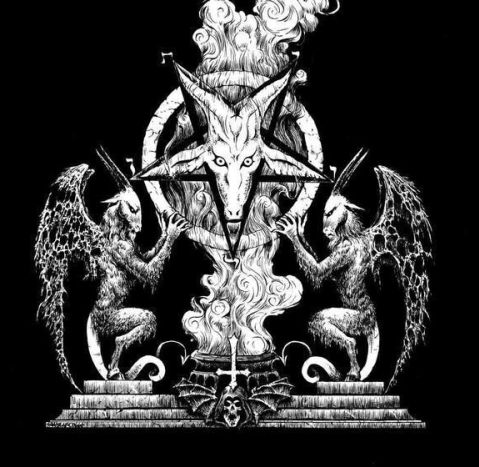 of power over those who do not have access to that knowledge. The Ouija Board has proven particularly useful. The Ouija Board is an instrument for communication with the spirits of the dead. The Ouija Board is an open door into the world of the occult and demonic activity. Disembodied speak to the living through the medium of the Ouija Board. This information is believed to be truth from the other side; Lucifer’s delusion to gain our allegiance. Most cases are with people who have used the Ouija Board. The Ouija Board is the easiest way to become possessed. The greatest danger of the Ouija is that an individual begins to place his trust and future hope in the message the board brings. Christians can offer several reasons as to why one should not be involved in the use of the Ouija Board. One is simply that the bible condemns it as being involvement in the occult. And then there’s the fact that the message received is often false and misleading. According to scripture (Matt 4:9, Rev, 12:19) “Satan’s goal is to deceive man by blinding him to the truth of the gospel and to receive worship for himself. Satan desires to alter an individual’s value and turn them against themselves, their beliefs, family, God and society.

Initiation plays a major role in group activity. Through initiation an individual is given a chance to declare total allegiance to Satan by participation. Often one will sever a portion of a finger or a toe to indicate their commitment. Other acts include being a participant ritual where mutilation of an animal or person part of the activity. In some cases a criminal act is perpetrated where the initiate is involved in a key role. An unholy communion of sorts is taken during the initiatory rituals where a cup or chalice (usually stolen from the church) is used containing a mixture of wine, blood (human or animal) and urine. Other methods of initiation include body markings. An inverted cross may be burned into ones forearm or chest. Commonly used markings include a goathead, inverted crosses, skulls, pentagrams, mena(Amen), or a black rose. Anton Szandor LaVey formed the church of Satan in 1966. LaVey, the author of the Satanic bible is probably the most common source of satanic ritual and understanding available. Modern Satanism really begins with Anton Szandor LaVey. On Walpurgisnacht, April 30, 1966 he created the Church of Satan. Anton drew on his previous experience as a lion tamer and side show barker.. And on his readings into the psychology, magick etc., and wrote the Satanic Bible in 1966. It can be found in most large bookstores. The Satanic Bible has sold more than 600, 000 thousand copies since it was published by Avon books in 1969. This was followed by the Compleat Witch(1970) later republished as the Satanic Witch, and the Satanic Rituals in 1972. These are essentially the only available books that accurately describe Satanism. At the core of the Church are nine Satanic statements written by Anton Lavey, they state that Satan represents:

4.  kindness to those deserving it, not love wasted on ingrates

5.  Vengeance, not turning the other cheek

6.  Responsibility to the responsible, instead of concern for psychic vampires

7.  Man as just another animal, the most vicious of all

8.  Gratification of all ones desires

9.  The best friend the Christian Church has had as he kept it in business for centuries

Lavey’s rituals and ceremonies are pageants used to celebrate a person or element of faith. Magick rituals consist of three types. Sex magic (include materbation), healing or happiness rituals and destruction rituals. Destruction rituals may include sticking pins in a doll; drawing a picture or writing of a victim’s death; delivering a soliloquy etc. Destruction rituals are best performed by a group. Male Satanists wear full length black robes, with or without a hood. Young women wear sexually suggestive clothing; older women wear all black. All Satanists wear amulets with a symbol of

Baphomet, a goat’s head drawn within an inverted pentagram. When the Satanic Bible was written in 1969 a nude woman was customarily

used as an altar, since Satanism is regarded as the religion of the flesh, not the spirit. A live altar is rarely used today. One candle is placed to the right of the altar; it symbolizes the belief of Satanists in the hypocrisy of “White Magicians” insistence to do no harm to others. At least one black candle, representing the Power of Darkness, is placed to the left of the altar, A bell is rung nine times at the beginning and at the end or a ritual. The Satanic priest rotates counter-clockwise as he rings the bell.

A chalice is ideally made of silver, it may be not be formed of gold because that is a metal Wiccans use, and Satanists want to distance themselves as much possible from Wicca. Other ritual tools include a gong, sword, elixir (usually wine), phallus, and parchment. They and the chalice and bell are placed on a small table near the altar. The language used during magical ritual is Enochian, whose words variously sound similar to Arabic, Hebrew or Latin. Its origin is unknown.

The church or Satanic rules of Behavior include:

· Prayer is useless; it distracts people from useful activity

· If a man smites you on one cheek, smash him on the other

· Do unto others as they do onto you

· Suicide is frowned on