In the beginning, Lovey and her best friend, Jerry, are watching the Shirley Temple movie before they go to church. They never get to see the 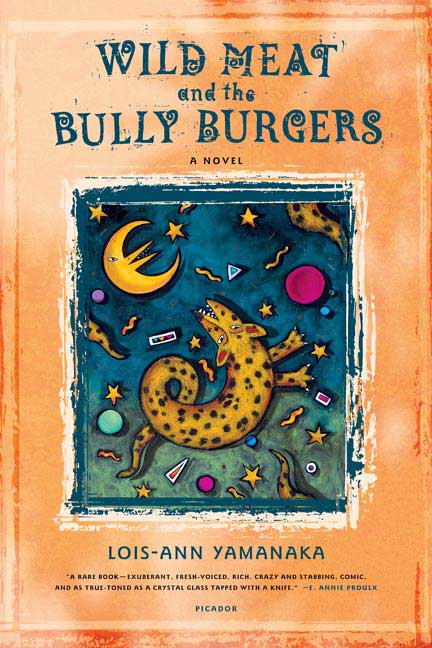 end because they have to go and leave. They make up the endings and cry in the middle of the pastor’s sermon. On Lovey’s birthday, Jerry would make her a gift certificate from the toy store for $500. Lovey is very embarrassed to be speaking pidgin English. She doesn’t tell anyone, not even Jerry, how she is ashamed of how she talks, looks, or even where she lives. Lovey secretly wants to be haole, but she knows that she can’t. Everyone in her class has a very hard time speaking proper English, and the teacher yells at them for not being able too. Lovey has a hard time in math class and gets teased for being Japanese. It’s as if the rest of the students expect her to be smart just because she is Japanese. Lovey is supposed to write her own obituary for her English class. It gets her thinking about death, and consequently she thinks about it all the time. Lovey dreams and fantasizes about being haole. She thinks up of the perfect house with all the trimmings. She wants to marry a haole so she can have a haole last name. Lovey makes haole friends so that she can sleep over their houses and eat their food. Her father says that she is crazy for wanting to be friends with haoles, and that she should stop. Lovey and her family do many things together. They sit on the back porch picking fleas off of their dogs, squeezes blackheads off of her mother’s back, count all white cows, sing war songs, and pick macadamia nuts for extra money. A normal Sunday afternoon would be their Mother smoking Parliaments on the porch of their house, grumbling about white hairs, and Lovey picking fleas off of their dogs. Lovey and her sister, Calhoon, goes to their Aunt Helen’s on Saturdays while their mother sews leis or cashiers at the Lei Stand for extra money. They watch the old crazy ladies stand behind the fence, muttering to themselves. Lovey wants to become pregnant just like her neighbor Katy is. She secretly dresses up and acts like she is pregnant. Her mother tells her that it is hard because there is a lot of pain that comes with labor.

She Lovey’s mother gives her an at home perm. It’s called a Toni Perm, and it gets messed up bad. Lovey comes out with an Afro, and Calhoon teases her about it and calls her an Oompah Loompah. Lovey is given rabbits to breed and take care off. She loves them very much, but one day the cages are torn open by wild dogs that kill all the rabbits. To make Lovey feel better, her father plays home movies, and Calhoon threatens to kill the dogs with their fathers gun. Calhoon never lies. She tells Lovey one day, while they are out hunting, not to shoot the Japanese blue pheasant or it will haunt her. Calhoon and her Father both have the ghost eye. They can see ghosts in their house and are drawn to them. Since Lovey killed the bird, she now is awakened by a ghost that bothers her in the middle of the night. Lovey’s father bought a cow to raise so that they could kill it, and eat it. Calhoon and Lovey get to attached to it and name it Bully. One day, the kitchen smells of wild meat. Their father is cooking hamburgers. After the first bite, none of them can finish eating it. They realize that it is a Bully burger.

Everyone at school tease Lovey and Jerry for being friends. No one understands what they are to each other. They do have many things in common and are the best of friends. Lovey and Jerry play Barbie together, and Jerry steals Barbie clothes from his rich cousin, Ingrid. Jerry’s brother, Larry, goes into Lovey’s room one day, and marks up the Barbie and cuts her hair. Lovey is devastated and they swear to get even. Halloween comes, and they go trick-or-treating at the rich people’s houses on Reed’s Island. They give out real chocolate, and lots of candy. Jerry finds a bag full of marijuana in Larry’s shoe box under his bed. He brings it over to Lovey’s and they decide to roll it and sell it so that they can get money to buy more Barbies that Larry had messed up. After they had sold all the dope, the go over to Wigwam to buy all the Barbie stuff. They run home and stash it in the back of Lovey’s closet. The next time that they go over to Jerry’s house, Larry is there with his friends and they want to know where their dope is. Larry and his friends beat Jerry and Lovey up for taking it. They laugh at how much they bleed, and blame it on each other.

For the first time, Lovey has gotten her period. She is very scared that everyone can tell that she has it. She doesn’t want anyone to know, because she will be teased at school. Lovey’s teacher French-braids her hair every day. She loves her teacher very much. She spends her school days with her, getting her lunch, taking role, and then she even starts to sleep over her house, and do the chores. Jerry and Lovey go there almost every day, helping out around the house. One night, the teacher tells them about God. How in the Kingdom Hall of Jehovah’s Witnesses says only 44,000 can live on earth after God destroys the planet. She wants them to be one of the 44,000 that live. One night they hear the teacher laughing hysterically with a green glow coming from her room. They get real scared and run home in the middle of the night. Lovey’s mother gets mad because now they are both scared of everything. She puts Lovey on a plane to Molokai to live with her grandmother for a while so that she can forget what has happened. Grandmother does her best to pass the time for Lovey, but she doesn’t know that Lovey is still scared of her teacher. She doesn’t sleep until the sun comes up the next day, that she hears little men laughing. Lovey tells Grandmother one day, and they go to the church to talk to the reverend. They pray for her. Lovey and her father have a new moneymaking idea, to pluck feathers off of dead peacocks and to sell them to the feather lei makers. They go on long drives together, and her father tells her stories of when he was young. She enjoys these times very much because he would have never told anyone these stories unless they were in such circumstances as that. He talks about his house back in Haupu and how he misses it. He would like to go back there with Lovey and climb the mountain.

The town has a carnival, and Lovey and Jerry go together. They each don’t have very much money, but win a Coke bottle. They see Larry and his girlfriend, Crystal, in the games area, and ask her if they could carry around some of their stuffed animals. She says ‘yes’ and they get a big pink bear, and a snake that Lovey wraps around her neck. When they see girls from their school, they shake up the Coke bottle and dump it on them from the top of the Ferris wheel. Lovey doesn’t understand why Jerry wants to be friends with Lori, a Japanese girl that hates her. She is a popular snob with no respect for anyone. He doesn’t know, and just shrugs. Lovey and Calhoon take sewing classes in the bottom of the Singer basement. When Lovey makes clothes and wears it the next day, Gina makes fun of it. Lovey wants to give up, but her father tells her that you can’t win if you quit. So, she tries again, and Calhoon and Lovey work very hard to make a pair of patchwork denim hip-hugger bell-bottoms for her. It looked like real store- bought ones, and Gina could not say a thing about it. Lovey feels real proud. At the end of the year, they have a grad dance that Jerry and Lovey go to. They both have been trying their hardest to become popular. Jerry keeps insisting that Jenks likes her, even though he doesn’t show it when they are at school. He is real nice to both of them on the weekends when they are at the beach, but because he is popular, he doesn’t even give them a nod at school. When the dance comes, Lovey waits in anticipation for Jenks to ask her to dance. She got all dressed up, but he never does. Until the last slow dance of the night. They dance together and Lovey is happy. Lovey’s father goes on a three day hunting trip with his friends. They go out and hunt goats near the lava flow. When he comes back he has blown out his eyes. He can’t see, and he’s scared. Father is still mad at Lovey for burning Calhoon when they were at the incinerator. He is so depressed and sad that Lovey can think of only one thing to do. She borrows some money from Katy, and buys a plane ticket to Kauai. She gets a cab there and goes to Kipu. She fills a ziplock bag with dirt, and then goes back to the Big Island. She fills another ziplock bag with dirt from their backyard. Lovey’s mother is really mad at her. No one knew where she went, and they were all worried about her. They take her back to her father’s hospital room to explain herself. She tells her father where she was, what she has done, and why. He is so happy that they all forget that they were worried about her. The dirt is so that when he dies, he will be buried in dirt from two places. His home in Kipu, and his home in Hawaii. When he is buried like that, he will know that he is finally home and at peace.

Lovey Nariyoshi- A young girl living in Hawaii. She has a sister named Calhoon, and a best friend named Jerry. She is an outcast at her school, and is teased constantly. Lovey wants to be someone she isn’t. She always fantasizes about being haole or popular.

Jerome (Jerry)- Lovey’s best friend, they spend all their time together. The one person that keeps Lovey happy and together. He has a brother names Larry that always picks on them and hurts them physically. Jerry and Lovey are the best of friends, they love each other to death.

Hubert (Inky) Nariyoshi- Lovey’s father. He is her inspiration, and what she tries to imitate. She always tries to please him, and be just like him. Hubert loses his eyesight and becomes depressed. Lovey remembers him telling her that he wants to be buried in dirt from his house in Kipu and his house in Hawaii. She gets him happy by going to Kauai and getting the dirt as he wanted. He loves her very much. Throughout this whole book, Lovey is wishing that she is haole. She occupies her time by thinking what her life would be like if she was white. I think the author is trying to tell us that we should accept our life just as it is. To strive to make it better, but also, not to have unrealistic dreams. 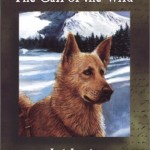 Call of the Wild: Summary & Analysis 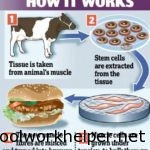 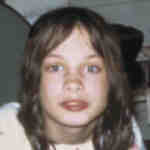 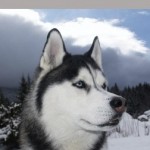 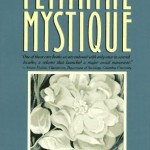