Results in America’s anger, and a break in diplomatic relations

April 6, 1917: US declares open war on Germany as a result of the attacks and lost American lives

Tsar Nicholas takes personal command of the army and leaves for the Eastern Front, leaving his wife to deal with her personal advisor Rasputin (untrusted by the people) 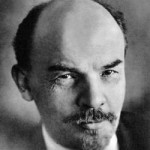 READ:
The Provisional Government and its Downfall

By March 3, 1918, Russia has changed to the USSR – Union of Soviet Socialist Republics

The new Bolshevik government must contend with a crippled government, bad economy, food shortages, as well as a group of people who support change, but by non Bolshevik means – the Mensheviks

This leads to civil unrest – when all is finished, the Bolsheviks are in power, Lenin establishes a dictatorship and begins to rule with an iron fist

what were the neutral powers