Under the Iron Curtain Imagine what the world would be like if we were all “under the iron curtain.” In his foreword to the novel Brave New World, Aldous Huxley envisioned this statement when he wrote: “To make them love it is the task assigned, in present- day totalitarian states, to ministries of propaganda….” Thus, through hypnopaedic teaching (brainwashing), mandatory attendance to community gatherings, and allusions to prominent political dictators, Huxley bitterly satirized totalitarian propaganda and political technique to point out the problems of a dystopian society. The way the fascist and totalitarian regimes used mass propaganda techniques to brainwash their people was nearly identical to the way Huxley described the hypnopaedic teachings in his novel. He also thought, however, that the present-day totalitarian states’ methods were still “crude and unscientific.” For example, in the novel the different classes had been brainwashed since birth to believe that they all contributed equally to society. Therefore, the people wouldn’t go against the World Controllers because they had never been trained to think anything differently. In addition, they didn’t have any knowledge of a society which they could compare themselves.

This was evident in the saying “History is bunk.” Similarly, the totalitarian dictators attempted to control but failed because they 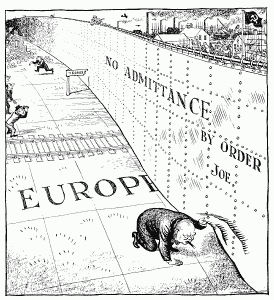 weren’t able to persuade the entire world to think like them. In addition, Communism attempted to rewrite history, but the society in Brave New World took the next step and forgot abou! t history altogether. The only people who had access to any knowledge of the past were the ones who had the power: the World Controllers. Thus, they were able to create a stable society. Since the hypnopaedic ideas in the society were continuously repeated throughout one’s lifetime, mandatory attendance to community gatherings, such as the Solidarity Service, were strictly enforced. The main purpose of the Solidarity Service was to promote social stability. The people were driven to this idea by singing songs like the First Solidarity Hymn, which began, “Ford, we are twelve oh, make us one.” During this time, people were also consuming soma rations, which drugged them and caused them to get swept up in the service. Consequently, at the end an orgy took place, which brought them together as one being. In comparison, the political rallies Hitler and other fascists held served a similar purpose. Just as people would chant “Hail Hitler” at these mass rallies, people in the novel would also chant their idol’s name, Ford, during the Solidarity Services. Although these uses of political satire are evident, the most obvious are Huxley’s allusions to the prominent totalitarian dictators. Bernard Marx, for example, was used as an allusion to Karl Marx, the founder of socialism. Socialism’s main idea was that no one had individual property. Likewise, the hypnopaedic proverb “Everyone belongs to everyone else” kept the society from becoming attached to one particular individual. Huxley also included allusions to other totalitarian dictators to show how the society in the novel was closer to a fascist dystopian society instead of the perfect world they perceived. For example, Lenina, who briefly dated Bernard, was an allusion to Lenin, the founder of the Communist Party. Contrary to socialism, communism is a society controlled by a few elite. Likewise, the Ten World Controllers controlled the society in Brave New World.

Finally, Benito Hoover alluded to Benito Mussolini, a dictator of Italy, in the novel. Mussolini’s name was included to reinforce the ideas of socialism that were brought out in the novel. In conclusion, Huxley satirized political tactics and leaders in his discussion of hypnopaedic teachings, community gatherings, and allusions to certain political figures. It is nearly impossible to imagine our world “under the iron curtain.” Huxley, however, was able to shape a realistic society through his broad knowledge of fascist ideas. Thus, the reader was able to point out the problems associated with a dystopian society. 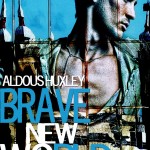 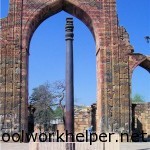 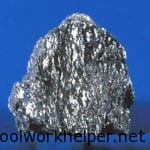 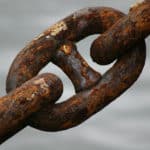 Lab Explained: The Effect of Ocean Water and Distilled Water on Iron