Alfred Tennyson was born on August 6th, 1809, at Somersby, Lincolnshire, fourth of twelve children of George and Elizabeth 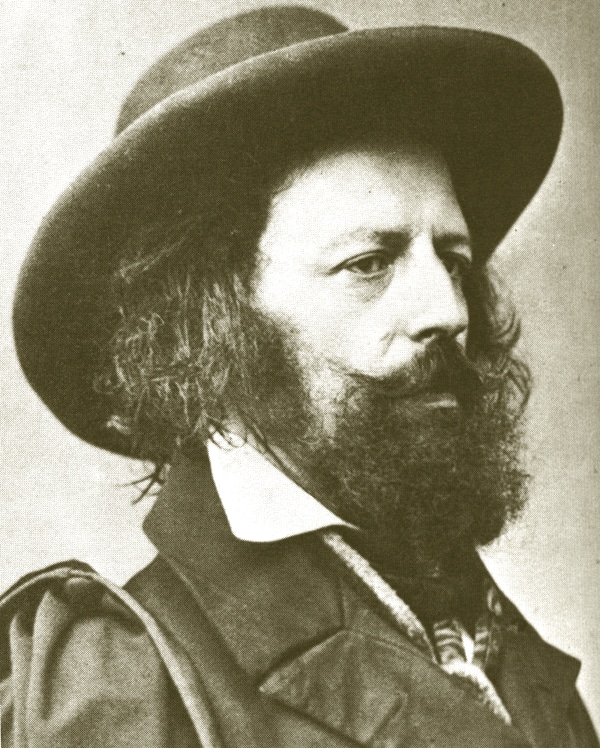 Tennyson.  Tennyson, said to be the best poet of the Victorian era and his poetry will be discussed in this essay.

Tennyson had a lifelong fear of mental illness, because several men in his family had a mild form of epilepsy, which then was thought of as a shameful disease.  His father and brother Arthur made their epilepsy worse by excessive drinking.  His brother Edward had to be put in a mental institution after 1833, and he spent a few weeks himself under doctor’s care in 1843.  In the late twenties his father’s physical and mental condition got worse, and he became paranoid, abusive, and violent.

In 1827 Tennyson escaped his troubled home when he followed his two older brothers to Trinity College, Cambridge, where his teacher was William Whewell. Because each of them had won university prizes for poetry the Tennyson brothers became well known at Cambridge.  In 1829 The Apostles, an undergraduate club invited him to join. The members of this group would remain Tennyson’s friends all his life.

Arthur Hallam was the most important of these friendships.  Hallam, a brilliant Victorian young man was recognized by his peers as having unusual promise.  He and Tennyson knew each other only four years, but their intense friendship had a major influence on the poet.  On a visit to Somersby, Hallam met and later became engaged to Emily Tennyson, and the two friends looked forward to a life-long companionship.  Hallam died from illness in 1833 at the age of 22 and shocked Tennyson profoundly.  His grief lead to most of his best poetry, including “In Memoriam”, “The Passing of Arthur”, “Ulysses”, and “Tithonus”.

Since Tennyson was always sensitive to criticism, the bad reviews of his 1832 poems hurt him greatly.  Critics in those days took great joy in the harshness of their reviews.  John Wilson Croker’s harsh criticisms of some of the poems he wrote kept Tennyson from publishing again for another nine years.

The success of his 1842 poems made Tennyson a popular poet, and in 1845 he got a government pension of 200 pounds a year, which helped him with his financial difficulties.  The success of “The Princess” and “In Memoriam” and his appointment as Poet Laureate in 1850 finally established him as the most popular poet of the Victorian era.

By now Tennyson, only 41, had written some of his greatest poetry, but he continued to write and to gain popularity.  Prince Albert admired his poetry so much that he would drop by unexpectedly to hear some of Tennyson’s poetry.  This helped solidify his position as the national poet, and Tennyson returned the favor by dedicating “The Idylls of the King” to his memory.

Tennyson suffered from extreme short-sightedness so without a monocle he could not even see to eat.  This made for difficult reading and writing, and this is why he composed a lot of his poetry in his head.  Sometimes he would work on a single poem for many years. 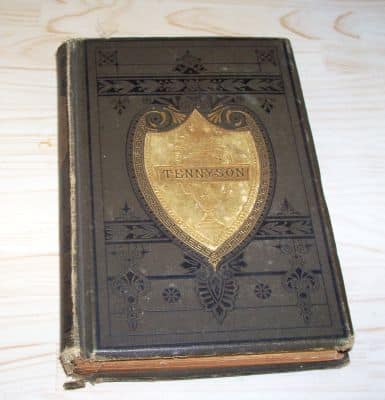 Every aspect of the Victorian era were found in his poetry.  His poetry covered a large range of subjects such as moral and religious problems in his time.  His poems also discuss the events of his day – “The Charge of the Light Brigade” and “The Death of the Duke of Wellington” are two poems of this type that show the emotion of the nation.

Tennyson’s work is appreciated perhaps for the sheer beauty of his writing, his descriptions of the natural world and of the landscape-most often the Lincolnshire countryside which he grew up in:

Calm and deep peace on this high wold,

And on these dews that drench the furze,

And all the silvery gossamers

That twinkle into green and gold

The ‘public’ side of Tennyson’s work is now valued less than his more personal poetry.  He writes about how reality destroys the ideal world as in “The Lady of Shalott”.  Frequently, Tennyson’s personal worries were the same as those of the time.  For example, the way he describes Sir Bedivere’s reaction to the death of King Arthur in “Morte D’Arthur”.  Tennyson expresses Sir Bedivere’s problem, caught in a changing world and with stable traditions disappearing fast.  “For now I see the true old times are dead…”(Culler, A.  Dwight, pg. 47):

And I, the last, go forth companionless,

And the days darken round me, and the years,

(Culler, A.  Dwight, pg. 48) probably his greatest poem is “In Memoriam”, published in 1850, though written over the previous seventeen years.  He started writing it after the youthful death of his best friend, Arthur Hallam.  His death led Tennyson to question the purpose of life and the importance of death.  “In Memoriam” is almost like a poetic diary since all events are linked to Hallam and to the question of death.  They say it’s the uncertainty of the poem that makes it so good.  The twentieth century poet T. S. Eliot said of it, “Its faith is a very poor thing, but its doubt is a very intense experience.”  The intensity, the doubt, the beauty: all are typical of Tennyson. Long-lived like most of his family, no matter how unhealthy they seemed to be, Alfred, Lord Tennyson died on October 6, 1892, at the age of 83.

1.  The Illustrated Encyclopedia of Knowledge (1978)