Arts and Fashion in Canada 1920s

Arts and Fashion made great changes in the 1920’s that have a lasting impact on our ideas of culture today.

Art Deco – An artistic style that was adopted for mainstream objects and architecture. The style followed geometric patterns that centered on the circle and the angular line. Art Deco was also often associated with black and white patterns, simplified faces, and diamonds. It was and is extremely popular. Almost everything including buildings, furniture, jewelry, and common household items (tea set) adopted this style.

When we talk about lasting styles Art Deco stands as one of the most timeless and “classic” styles.

Tut – Before WWI Britain and France often had great interests in the history of Greece and Egypt. Both countries had produced 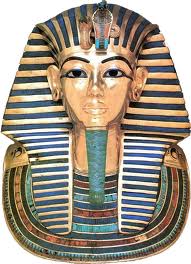 spectacular Empires in the past and left behind many archeological artifacts. Great British archeological finds were made in Egypt during the late 1800’s and up to WWI.

The most well known find was made in 1922 by Archeologist and Artist Howard Carter. Carter found a fully in tact tomb of a child Pharaoh of ancient Egypt. In the tomb marked KV62 Carter found the burial site of King Tutankhamun (1341 B.C 18th Dynasty New Kingdom). Dubbed King Tut by the media, Tutankhamun was a relatively minor Pharaoh who died very young, his most notable act was reinstating the old gods of Egypt after his predecessors flirted with monotheism. The tomb was stacked to the rafters with gold and personal items. No tomb had ever been found of a Pharaoh so in tact.

The news spread world wide which caused an Egyptian craze. Many people were now interested in ancient Egypt. Egyptian items were represented well all over the world as decorative pieces. Even the fashion world adopted an interpretation of ancient Egyptian looks for women.

Flapper – This term was used to describe liberated women of the 1920’s and 30’s. They had a very distinct style which in some cases crossed over with the craze on Egypt.

The typical Flapper had short hair (bob cut) which was very uncommon and wore short skirts (knee length) which was fairly scandalous at the time. They smoked, drank, danced and partied.

These women were seen by the older generations as having no morals and no honour.

They were typically young women who for the first time in western society were relatively free.

These women were often found listening to Jazz and hanging around speakeasies during prohibition. 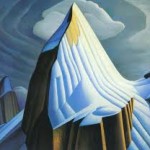 Group of 7 – Canada had a burst of artistic influence in the late WWI period and through the interwar (1920’s and 1930’s). For the first time a group of Canadian painters got together and decided to paint their interpretations of the Canadian landscape. They preferred to paint in the European impressionist style that was more concerned about colour and interpretation of the subject rather than realism. The core group had 7 members (the most notable being Lawren Harris and A. Y. Jackson. Associate members outside the group but with strong connections included Emily Carr and Tom Thomson. Thomson would have likely been a part of the group had he not died in 1917. They met in Toronto and painted notable locations around Canada including the rocky mountains, Algonquin Park, Georgian Bay, Muskoka .