ARNOLD, Benedict (1741-1801). The name Benedict Arnold has become a synonym for a traitor to one’s country. In the first years of the American Revolution, however, Arnold was a brilliant and dashing general, highly respected for his service to the patriot cause (see Revolution, American).

Benedict Arnold was born on Jan. 14, 1741, in Norwich, Conn. His father, Benedict, was a well-to-do landowner. His mother was Hannah King 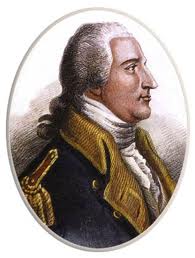 Waterman Arnold. While a boy, young Arnold twice ran away to join the colonial troops fighting in the French and Indian War. When he was 21 he settled in New Haven. In time he became a prosperous merchant and a captain in the Connecticut militia. He married Margaret Mansfield in 1767. They had three sons.

Arnold played a gallant part in the American Revolution and became a major general in 1777. His wife had died in 1775. Early in 1779 he married Margaret Shippen, by whom he had four sons and one daughter. Arnold lived lavishly and soon found himself badly pressed for money.

He then began his treasonable activities. Most historians agree that Arnold did so for money, though he may also have resented lack of further promotion. Whatever his motive, he regularly sent vital military information to the British and was well paid for it. His wife helped him, often acting as messenger. In 1780 Arnold obtained command of West Point and at once conspired to turn over the garrison to the British. He met Maj. John Andre, a British spy, and made final plans. Andre was captured, however, and his papers indicated Arnold’s treason.

Arnold heard of the capture and fled to the British headquarters in New York City. He was given a command and about 6,300. He served with the British for the rest of the war, leading troops on raids in Virginia and Connecticut. After the war he lived with his family in England. He failed to obtain a regular commission in the British army and failed also in several business ventures, including land speculation in Canada. He died in London on June 14, 1801.