The Beothuk people of Newfoundland were not the very first inhabitants of the island. Thousands of years before their arrival there existed an 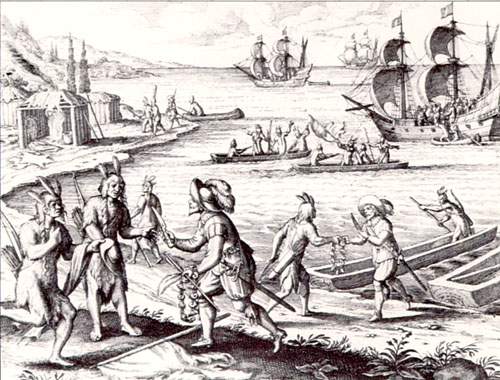 ancient race, named the Maritime Archaic Indians who lived on the shores of Newfoundland. (Red Ochre Indians, Marshall, 4.) Burial plots and polished stone tools are occasionally discovered near Beothuk remains. Some people speculate that, because of the proximity of the artifacts to the former lands of the Beothuk, the Maritime Archaic Indians and the Beothuk may have been related. It is not certain when the Beothuk arrived on the island. In fact little is actually known about the people, compared to what is known about other amerindian civilisations, only artifacts and stories told by elders tell the historians who these people really were. Some speculate that they travelled from “Labrador to Newfoundland across the Strait of Belle Isle, which at one time was only 12 miles wide. By about 200 AD the Beothuk Indians were probably well settled into Newfoundland.”(Red Ochre, 8)The Beothuk were not alone on Newfoundland wither. The Dorset Eskimos, who came from Cape Dorset regions of the north around 500 BC also shared the island.

They presumably had contact with the Beothuk, exchanging tools or engaging in battle. In any case the Dorset Indians died out leaving Newfoundland empty to the control of the Beothuk people who now had no enemies and a wide vast territory. The Beothuk, although part of the Algonkian family developed their own language and culture. The 400 words that are still known from their language prove their Algonkian heritage. The development of their culture was a great success. The success of the Beothuk people as a whole was in part because of their skills in fishing, hunting and travel. They were the “only amerindian group to navigate on the high seas.”(Grabowski lecture Oct 4,`96.) This was because of the construction of their canoes. Normally paddling on the high seas is dangerous, but Beothuk canoes were so designed to with stand high waves and stay accurately on course. The canoes “were made of a frame work of spruce and then covered with birch bark.”(Red Ochre, 9) They curved high at the sides and a sharp bottom acted as a keel. The high sides protected as a barrier from wave swamping the boat. Because of hunting expeditions on the Funk islands, 60 kilometres from shore, ocean travel was evident and sea worthiness was essential. The knowledge of these canoes is only from documents produced by explorers and early settlers, all that is left of the original canoes are models of canoes found in burial sites. “The Beothuk were a migratory people…”(Red Ochre, 14) they moved with the seasons and with the hunt. In fall they hunted caribou inland, in spring seals on the coast, the summer months seafood and birds eggs were harvested. The fall hunt was the most important, as it would determine their success in surviving the winter months. The Beothuk followed the patterns of migration of the caribou and laid out large traps of fallen trees along the river banks. Trees would be left leaning against their stumps creating a triangle to the ground. The trees would be piled one over the next and so on and produced a “thicket that the caribou could not penetrate or jump over.”(Red Ochre, 15.) Trapping the caribou in the water was the objective as ” the animals could not move quickly in the water.”(Red Ochre,15.)Indian people of North America have been called “red skins” for many years. This expression comes from the european settlers who arrived in Newfoundland and were met by the Beothuk. The Beothuk covered their entire bodies, clothing, and weapons with a “mixture of red ochre and oil.”(Red Ochre, 4.)which protected them from the cold in winter and the mosquitoes and other bugs in summer.

Other Algonkian tribes used it, although “not so lavishly as the Newfoundland indians.”(Extinction, Rowe, 117) Some evidence shows that 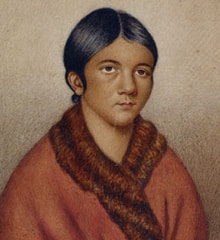 some juices were used “especially alder” to paint their bodies. “Sanku, a Micmac woman allegedly of part)Beothuk descent…(said that)… this painting of the body was done annually at special ceremonies which included the initiation of children born since the last ceremony. These body markings related to tribal identity and had religious significance.”(Rowe, 118) Early European contact with the Beothuk began possibly with the arrival of the Vikings around 1000 AD. This can possibly be proven by the colour of the Beothuk’s skin. Their complexion was light compared to that of the Micmac. Supposing that conflict arose between the Vikings and the Beothuk, it would be assumed that prisoners would be taken by the Beothuk. If these “prisoners included women or children, it would be unlikely that the Beothuk would put them to death.”(Rowe, 118.) It is possible that assimilation of these prisoners into the community may have taken place. This might “explain why (John) Guy’s observations showed that some of the Beothuks he encountered had yellow hair.”(Rowe, 120.)In 1497, John Cabot arrived in Newfoundland and brought back the news about a new undiscovered area in the north. Even before this, however, there was contact between the Europeans and the Beothuk. Fishermen from England, Spain, Portugal and Francehad been using the land to set up dry) fisheries. Because the fishermen were primarily there only to fish, little documentation is available. After the announcement to Britain had been proclaimed more and more fishermen arrived and began “using” the dry) fisheries already in place of the Beothuk.

Initially relations had been friendly but as “using” turned into “stealing” the Beothuk became increasingly enraged and occasionally mounted raids on European fishing camps. The fishermen accused the raiding parties of theft and because there was little missionary interest in the Beothuk, there was also little “law and order” in ten areas where Beothuk and European fishermen shared land. Desperately, the Beothuk fought back, and more fights ensued over fisheries equipment, but any “attempt at disobedience (on the part of the Beothuk) resulted in strict punishment.”(Grabowski, Oct.4) 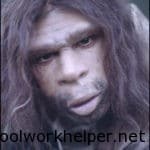 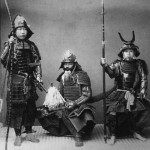 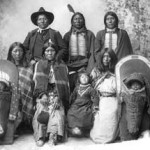 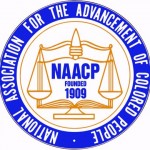 National Association for the Advancement of Colored People (NAACP): History