Lately the North American society has been obsessed with bottled water. It has become the fastest growing drink, but many people do not realize that it is just as safe, and much cheaper, to just turn on the tap. Bottled water companies sell their product by taking advantage of consumer concerns about the condition of their municipal water supplies. 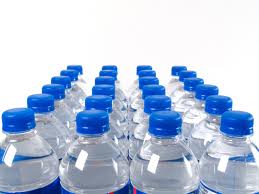 Millions and millions of dollars are spent each week on advertising campaigns to give the perception that bottled waters come from some sparkling mountain spring or pristine underground aquifer, when in reality many of them come from a municipal water system just like your tap water does. Both Pepsi’s Aquafina and Coke’s Dasani are bottled at one of many bottling plants across North America where municipal tap water is used as the source, as is the case with most leading brands. The reality of bottled water is that people are paying from $1 to $4 a gallon for a completely unknown product, which comes from corporate executives who have little or no background in water quality. According to the National Water Quality Association, about 56% are worried about the quality of their tap water. A fact that the bottled water manufacturers fail to mention is that the likelihood of dieing from contaminated water has about the same likelihood as dieing from being struck by lightning, not very good chances. A solution that would seem to make the most sense would be a home filtration system for water, which produce high quality water and costs a fraction of the price bottled water does. There is no way that after water is bottled in plastic containers, at a bottling plant, and it is any more pure than filtered water. This is why the labels have no indication of any ‘special’ purification methods used to get this bottled water. Society has seemed to have ‘regressed’ when it was come to acquiring water. Years ago, we used to go out and collect or fetch out water from outside sources such as wells, and than one of the greatest inventions was created, indoor plumbing, which allowed the water to come to our house. In recent years humans have regressed back to ‘fetching’ water from outside our homes, typically a grocery store. The inconvenience of buying bottled water just doesn’t make sense when we can have higher quality water on from our taps, in our own homes, for only 10¢ a gallon.

Water filters, like the one shown, can easily be attached to taps to provide healthy, clean, filtered water that will prove to be just as good, if not better and much cheaper than bottled water.
Sources:

Throughout history many people have believed that the saying ‘the solution to pollution is dilution’ will solve the worlds ever growing troubles with pollution. The truth about the dilution of chemicals has not been shown until now where they have eventually, over time, become concentrated in other systems. Back before the clean water act many industrial companies believed that dumping their toxic chemicals into large bodies of water would just dilute them and not have an effect on the environment. As time passed and the lake became more and more polluted by chemicals it eventually led to a high concentration defeating the ‘dilution is the solution to pollution’ theory because of the damage the hefty amount of chemicals caused. One of the major causes of pollution in the waters of the world come from the use of pesticides and herbicides by farmers around the world. The chemicals are used by the farmers to grow their crops without insects eating them thus giving them a greater harvest. The disadvantage to using these chemicals is that when it rains, the chemicals are either put into the soil (where they can eventually end up in drinking water) or even drain into larger bodies of water. The repercussions of this are felt enormously because if the chemicals enter the food chain, it can lead to an interference with human (and animal) reproduction and development, immune responsiveness and neurological functions. Some of the leading producers of  high quality water, such as Canada, New Zealand, and Switzerland, are having a lot of trouble with very polluted lakes and waterways. Even though many different government legislations and laws have been passed to try and regulate the flow of chemicals into lakes, individuals can also do their part to reduce water pollution. Examples include the following: stop using lawn pesticides and fertilizers; dispose of oil and paint in a recycle center; control soil erosion by replacing sections of your lawn (or your entire lawn!) with native plants; and keep litter and leaves out of your street gutters and storm drains. As the ‘dilution’ of chemicals disappears in all of the bodies of water around the world it is up to everyone on this earth to try and maintain a clean, safe place for the future generations.