Oceans cover most (~70%) of Earth’s surface, thus, Earth is sometimes called the ‘water planet’.  Oceans affect all our lives by providing food, allowing transport of goods, and affecting weather and climate.

Oceanography: the scientific study of the ocean and seas

*Water is an extremely unique compound! 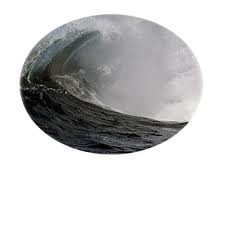 WHY? When water freezes, the molecules actually spread out in a rigid framework, creating more void space!

-Water molecules are also held together by strong hydrogen bonds!  This makes water very stable and less likely to change forms over a wide range of temperatures!

-a measure of the dissolved salts in water

-expressed in parts per thousand (/00)

–water mass: a body of water with distinct properties based on where it originates

-raises the boiling point and lowers the freezing point of seawater!

-Seawater contains over 70 other elements

A. Variations in Salinity

*Water masses in different parts of the world have different salinities based on local conditions.

READ:
Collision Theory and the Rate of a Reaction

-Almost all of the energy that heats the oceans comes from the sun.

-Most sunlight is absorbed in the 1st few meters of ocean water.

-Ocean is divided into 3 layers:

-Only about 2% of the ocean’s volume

–Phytoplankton live here, and make up the base of the ocean’s food chain!

B. The Middle Zone

-Receives only some sunlight

-Bottom of this layer is very cold (5°C)

-Receives little to no sunlight

-A few species do manage to live here!