The National Rifle Association in its simplest form is the largest gun club in the world.  The organization was founded in 1871 by 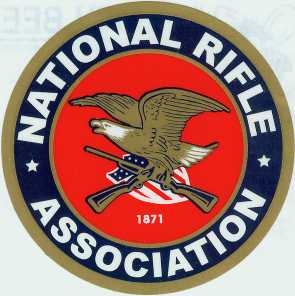 former Union Army officers to encourage sport shooting in order to have a fine tuned militia in case of emergency.  The Union officers believed that a well regulated militia was integral for the security of a free state.  It is an organization that opposes gun control, it believes in the individual defense of the uses of firearms, and it is interested in all aspects of shooting sports.1

Today, the organization stands with approximately 3.4 million members.  Within the NRA, there are four major organs.  The Institute for Legislative Action (is the lobbying arm), the political Victory Fund (which is a political action committee), the Civil Rights Legal Defense Fund (deals with scholarly research and legal developments), and the Grass Roots Division (which specializes in raising support through grass roots methods).  As a membership organization, the NRA’s directions is set by voting members.  The direction of the policies are carried out by a 75 member board that is geographically distributed.  The Board of Directors are elected by secret ballot.2

The Brady Act was approved by Congress in November of 1993 and was then signed into law by President Clinton later in the month.  The act was originally named for anti gun lobbyist Sarah Brady, and not for former press secretary Jim Brady.  It was through Jim Brady’s support and the media coverage that linked his name to the act.  The act requires that there be a waiting period of five state government business days at the time an individual applies to purchase a handgun from a federal firearm license.  During the five day wait, the local sheriff or police chief must “make a reasonable effort” to see if the purchaser is prohibited from owning a handgun.  The police official may approve the sale before the five day period only if the record check has been completed or if he believes the purchaser needs a handgun immediately to protect himself or his family.3

Presently, the Clinton administration isn’t complying with the Brady Act.  The act requires that within 60 months of enactment, the 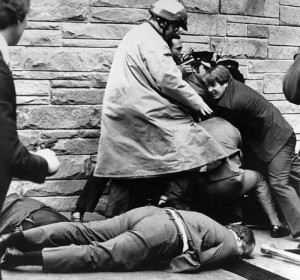 Attorney General must establish a national instant criminal background check system that allows federal firearms licensees to have access through some type of electronic method.  The reason for the delay lies with the fact that U.S. Circuit Courts have split on whether the Brady Act violates the 10th amendment of the Constitution by allowing law enforcement agencies to conduct criminal records checks in association with the purchase of a handgun.4 It also may involve the access of medical records since some states require that hospitals report mental patients to the state, which may put them in the same database along with felons.5

The Brady Bill is a failure and does not prevent criminals from obtaining handguns.  After the enactment of the law for a period of 17 months, only 7 individuals were convicted of illegal attempts to purchase a handgun.  By comparison, according to the Virginia State Police during the period between November 1989 and June 1996, the state’s instant check system facilitated the arrest of 2,479 persons.  Both the bureau of Alcohol, Tobacco, and Firearms and the Department of Justice have done studies that only show 7% of armed career criminals obtain firearms from legally licensed shops.  The FBI reported in 1993 and 1994 that homicide rates had dropped 5%.  Attorney General Janet Reno credited the reduction to community policing, while criminologists attributed the trend to maturing gang members who are now less willing to reside turf disputes violently.  Neither attributed the decline to the Brady Bill.6

A National Association of Chiefs of Police Poll was released in May of this year that stated 85% of the police chiefs believe that the Brady Bill hasn’t stopped criminals from obtaining firearms.7 The General Accounting Office reported that during the act’s first year, 95.2% of firearms applications went through the system without a hitch.8

When President Clinton signed the bill into law, he was already provided with information that said the bill would have no effect on the states with the highest crime rates.  Eighteen states and the District of Columbia were exempt from the 5 day wait since they already had gun delaying measures in place.  These states and D.C. account for 63% of all violent crimes; including 58% of all murders.9 California which is exempt because it has a 15 day waiting period, has more murders and violent crimes than any other state.  New York which is also exempt due to a licensing law has the second greatest number of murders and other violent crimes.10  Since the bill was enacted, only 22 states are subject to the 5 day wait.  The Brady bill serves to be irrelevant in most violent crimes anyway.  Seven out of ten violent crimes are not committed with firearms.  90% of rapes, 59% of robberies, and 76% of assaults are committed with knives, clubs, feet, or a person’s fists.  According to the FBI, approximately 10,000 murders are committed each year without firearms.11

Gun Control is Not the Answer

With the evidence that has just been documented, gun control is not the answer to stopping crime; it only serves to delay one’s constitutional right to possess a handgun.  The Brady Act infringes one’s right to own a firearm according to the Second Amendment of the Constitution.  It says that “a well regulated militia, being necessary to the security of a free state, the right of the people to keep and bear arms, shall not be infringed.”  The court recognized that the right to arms is an individual right in the case of U.S. vs. Cruinshank.  A militia is defined under federal law to include all able bodied persons of age.12

States with right to carry laws have lower overall violent crime rates than other states.  The homicide rate is 28% lower.  Survey research by criminologist Gary Kleck shows that there are at least 2.5 million cases of protective firearms.  “The U.S. Department of Justice victimization survey shows that the protective use of a firearm lessens the chance that a rape, robbery, or assault attempt will be successfully completed.”13

For those who believe that firearms are the greatest danger to police officers, they are wrong.  It comes from the criminal justice system that fails to adequately punish the criminals.  73% of law enforcement officer killers have prior arrests, 56% have prior convictions, and 23% are on either parole or probation.  Gun control supporters claim that the Brady Act prevents thousands of felons from buying handguns.  The truth is that honest people are being delayed by the waiting period.  There’s no point in Brady since in 1968, it has been illegal for felons to possess firearms.  Furthermore, 93% of career criminals obtain their firearms mostly through theft or by the black market.14

There are some problems that come along with the enactment of the Brady Act.  A good portion of police resources are now diverted from investigation and street patrol to desk work.  A background check consumes about $140,000 in police salary for every arrest that is produced.  Police resources devoted to investigating and street patrol would save more lives than conducting background checks that could take up to five days to conduct.  There are over 7.5 million firearm transactions per year, wouldn’t all those millions of hours be better spent on street patrols?15  Lawsuits against police departments could also become a problem.  An example would be from a woman in Philadelphia who won $350,000 because the police did not conduct a thorough enough background check of a man who killed her husband.16

Gun control laws do now work.  Actions that are initiated to curtail the supply of firearms only hurts one’s freedom to privately own a firearm.  It is simple, if a criminal knows that a large number of civilians carry weapons, then he/she will think twice before committing a crime.  If a state enacts laws to delay or curtail the sale of firearms, the criminal will simply cross state lines to attain a firearm.  In the U.S., people and cargoes travel state to state without inspection or hindrance, if there is a shortage of goods, you simply move and find it.  “Firearms are nowhere near the root of the problem of violence.  As long as people come in unlike sizes, shapes, ages, and temperaments, as long as they diverge in their taste for risk and their willingness and capacity to prey on other people or to defend themselves from predation, and above all as long as some people have little or nothing to lose by spending their lives in crime, dispositions to violence will persist.”17 As long as crime continues to pay, people most choose between being victims or to defend themselves and not be hindered by ineffective gun control laws. 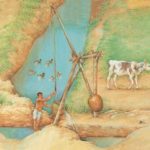 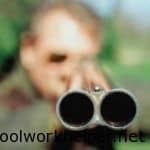 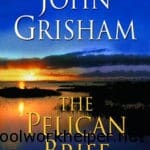 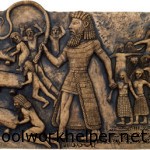 The Epic of Gilgamesh: Brief Overview