Codeine is known medically as methylmorphine. It is a drug derived    from opium, a poppy plant. It was discovered in 1832 by 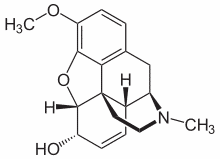 French chemist Pierre-Jean Robiquet. Codeine constitutes about 0.5 to 2.5 percent of this plant substance. The drug has been in use since the early 1900’s and it shares most of the pharmacologic characteristics of morphine, the other alkaloid in opium. Codeine is classified as a narcotic, it has the same painkiller effect as morphine but is only one-sixth to one-tenth    as strong. Codeine occurs as a colorless or white crystals or as a white, crystalline powder and is slightly soluble in water and freely soluble in alcohol. The phosphate and sulfate salts of codeine occur as white, needle-shaped crystals or white, crystalline powders.

Why is it used

Codeine is most useful in the relief of mild to moderate pain. It is also used as a cough remedy because it suppresses the part of the brain that triggers coughing, and as an anti-diarrheal drug, because it slows down muscle contractions in the intestinal wall. There are possible adverse effects. The most frequently observed adverse reactions include lightheadedness, dizziness, sedation, nausea, vomiting, and sweating.    These effects seem to be more prominent in ambulatory patients and in those who are not suffering severe pain. Other adverse reactions include the following: 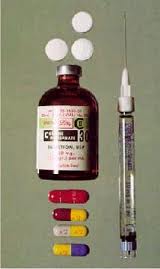 Most drug manufacturers list specific warnings to be aware of when taking codeine.

(1) Codeine sulfate can produce drug dependence of the morphine type, and therefore has the potential for being abused psychic dependence, physical dependence and tolerance may develop upon repeated administration of Codeine.

(2) Codeine may impair the mental and or physical abilities required for the performance of potentially hazardous tasks such as driving a car or operating machinery.

Pregnant women should not use codeine because safe use in pregnancy has not been established. Children below the age of three shouldn’t be given this drug for that age group hasn’t been established. Codeine should be given with caution to certain patients such as the elderly or debilitated, and prostatic hypertrophy or urethral stricture. Codeine can be taken as a tablet, liquid or by injection. A prescription is needed for codeine in the United States and it is available as a generic. The usual antitussive oral dosage of codeine, codeine phosphate, or codeine sulfate for adults and children 12 years of age or older is 10-20 mg every 4-6 hours, not to exceed 60 mg daily. The usual antitussice dosage for children 3 to younger than 6 years of age is 1 mg/kg daily    given in 4 equally divided doses every 4-6 hours.

What are the signs and symptoms of overdosage?

Serious overdose with codeine is characterized by respiratory depression,    extreme somnolence progressing to stupor or coma, skeletal muscle flaccidity, cold and clammy skin, and sometimes abnormally slow heartbeat and hypotension. In severe overdosage, circulatory collapse, cardiac arrest and death may occur. Our investigation of codeine progressed from knowing very little about it in the beginning to acquiring much information on its adverse effects, its warnings, and its dosage administration.