Effect of Codon composition on RNA/transcription/rate of translation:

There are 6 codons that code for Arginine: CGU, CGC, CGA, CGG, AGA, and AGG in mammalian species. It is expected that these codons will be used at around the same frequency since they code for the same amino acid. 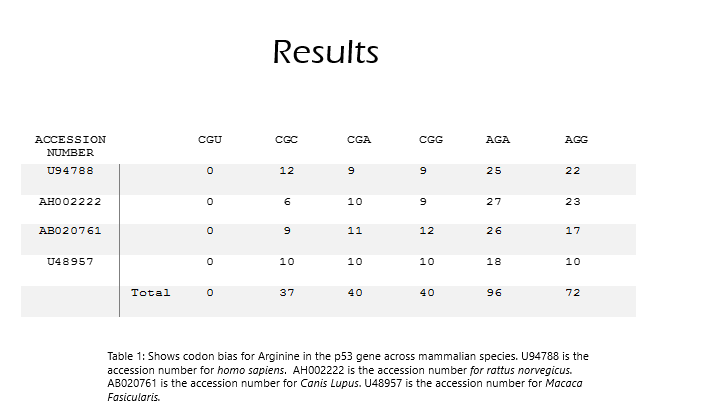 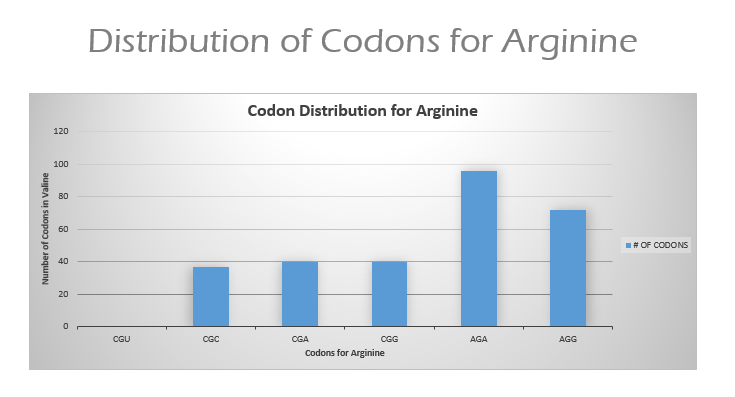 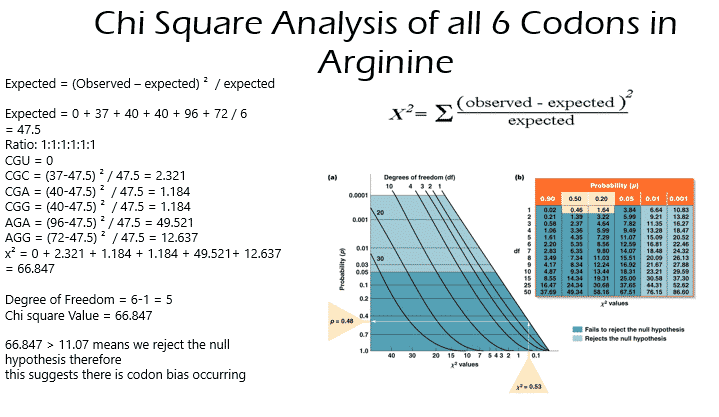 Chi Square Analysis of CGU, CGC, CGA, and CGG vs AGA and AGG

Fails to reject the null hypothesis
= suggests no codon bias