In his play The Club, David Williamson presents numerous Australian attitudes of the 1970s. However, many of these attitudes are still relevant and fairly accurate representations of Australian attitudes in the 1990s, although some of course have changed somewhat over the time since the play was written nearly twenty years ago.

Tradition plays a very important part in The Club. Each of the characters of course has his own ideas and attitudes towards tradition, but there are some which are more or less universal throughout the play. In The Club, tradition is mainly presented as the opposite to progress and success; that is, to achieve success in today’s world, tradition must be abandoned. For example, Laurie (the coach) blames an old Club tradition for his failure to win a premiership, ‘You and your cronies wouldn’t let me buy players.’ Jock (the vice-president) replies, ‘We were upholding 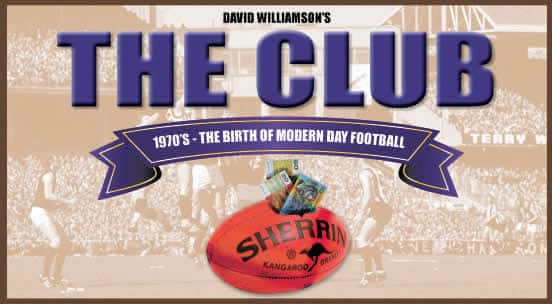 an old tradition. It was wrong, but we believed in it.’ Then in the next line, Laurie accuses Jock of supporting the rest of the committee in upholding the tradition not because he believed in it himself, but because he didn’t want Laurie to succeed, ‘They might have believed in it but the reason why you wouldn’t let the Club buy players was to stop me winning a flag.’

However, Jock does support and use tradition when it is in agreement with his goals. For example when trying to avert a players’ strike, Jock claims that former Club heroes would be disgusted by the idea, ‘I want to turn all those photographs around so they don’t have to look down on this shameful scene.’ However, it is later revealed that Jock supports the buying of players and a coach who has not played for the Club, both of which are against traditions, to ensure that the Club wins a premiership next season. This hypocritical attitude towards tradition is probably a fairly typical Australian attitude; traditions are upheld and honoured, but only when they do not stand in the way of progress and success. This attitude presented by Williamson is probably even more widespread now in the 1990s, as success is seen as being even more important today.

Attitudes towards commercialism are also explored in The Club. In the play, the Club itself is just beginning the road to commercialisation with the purchase of Geoff Hayward (the star recruit) for $90,000. However, Gerry (the administrator) and Jock’s plans for next year not only include the dropping of some Club traditions, but also extensive commercialisation as wealthy entrepreneurs are recruited for sponsorship money which will be used to buy more players. The attitude of acceptance of the commercialisation of sport that is evident in The Club is more relevant in the 1990s than ever, when all popular sports are funded mainly by sponsorship dollars from big corporations. Even the Australian Olympic Team has received massive financial backing from sponsors, something which is accepted and considered to be good by most people.

Power is also explored extensively in The Club; much of the play is based on power struggles between the characters. As mentioned earlier, the power struggle between Laurie and Jock is evidenced by Laurie’s accusation that Jock supported the committee’s traditional approach only to stop Laurie from succeeding. Obviously some of the characters are much more successful than others. For example, Gerry is able to skilfully manipulate the other characters so he can accomplish his own hidden agenda. However the two players, Danny (the team Captain) and Geoff, do not really become involved in these power struggles except when they aid Laurie at the end of the play. Ted (the president) has the most obvious power at the start of the play, although he steadily loses it throughout as the other characters strive to improve their standing. The 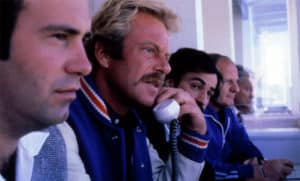 desire for power is basically universal, and there is resentment from those who are not in power towards those who are. These attitudes are also still relevant in the 1990s, as shown by the recent Super League fiasco.

Competitiveness is also an important attitude in the play — one which is shared by all the characters, to at least some extent. In addition to competing for power amongst themselves, the characters of The Club are also fiercely competitive with the other football clubs in the league. The fact that the Club has not been particularly successful recently and has not won a premiership for nineteen years only strengthens the characters’ competitive attitudes and desire for victory. These sorts of competitive attitudes are realistic and still held in the 1990s. Today’s society itself is highly competitive by nature, with people competing for jobs, wealth, and success, amongst other things.

Loyalty is also an important issue in The Club, although each of the characters is loyal in very different degrees and ways. Some of the characters, like Danny, are fiercely loyal to others; for example Danny threatens a players’ strike if Laurie is forced to resign, ‘If that bloody committee of yours gives Laurie the boot tonight, then we don’t play tomorrow.’ Other characters, like Jock and Gerry, lack loyalty to other people but are loyal to the Club as a whole. Gerry believes that, ‘Loyalty to any one individual is a luxury you can’t afford in a business with a multi-million dollar turnover.’ Gerry’s pragmatic attitude is perhaps typical of the attitudes which are becoming commonplace in the cutthroat business world of the 1990s.

The role of women is not explored all that extensively in The Club, but Williamson does explore some of the attitudes relating to this issue in his play. For example, all of the characters in The Club except Ted are of the belief that it is unacceptable for a man to commit acts of physical violence against a woman. For example, Jock refers to the incident where Ted hit a stripper, which forced him to resign, ‘With closed fists too, you mongrel. Don’t expect me to be sorry for you.’ However Jock’s attitude in this case is highly hypocritical as he has admittedly bashed his own wife. Society’s attitude towards such violence against women is similarly hypocritical. Although most men claim they would never hit a woman and are disgusted at those who do, the rate of domestic violence shows that not enough is being done to change true attitudes towards violence against women.

Williamson’s portrayal reflects many Australian attitudes of the 1990s very accurately, even though the play was written nearly twenty years ago. Some of the attitudes expressed, especially those regarding the commercialisation of sport, are even more relevant today than when the play was written, while others, such as tradition, are still equally relevant in the Australian society of the 1990s.

Can you add the little details about the characters?

This is so good!

I suppose you could add all the names of the actors, and their character roles, so I suggest that you could also add some more images to see what the actor is saying, either with or without the text.