E.E Cummings was an unusual, yet highly acclaimed writer of the 20th century. His style of writing was much different than that of any other contemporary or even 18th and 19th century writers. Although difficult to understand at times, E.E Cummings is a very profound and inventive writer. E.E Cummings was born Edward Estlin Cummings on October 14, 1894 in Cambridge Massachusetts. His parents were Edward and Rebecca Haswell Clarke Cummings.

In 1911, at the age of 17, Cummings entered Harvard University. It was there at Harvard where he first published his poetry in 1912 in Harvard 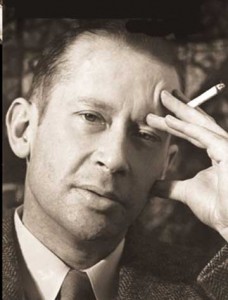 Monthly. Then, in 1915, Cummings graduated Harvard as Magna cum Laude with a B.A. It was at his graduation where he gave his commencement speech, “The New Art.” In 1916, Cummings received an M.A. for English and Classical Studies at Harvard. After completing his college education, he volunteered to be an ambulance driver with Norton Harjes Ambulance Corps (The American Red Cross) in France in 1917, during World War I. It was while he was overseas when he was imprisoned falsely for three months in a camp on suspicion of French disloyalty. Although this was an unpleasant time in his life, it was there in the camp that changed his life. He was already an excellent writer, but this experience added fuel to his ability.

He was released from prison on January 1, 1918. Cummings then returned to New York City, but was drafted by the United States Army in 1918 until Armistice. On December 20, 1919, E.ECummings and his girlfriend, Elaine Orr Thayer, welcomed their daughter, Nancy, into the world. Later, on March 19, 1924 Cummings married long-time girlfriend Elaine Orr, but they are divorce just a short while later on December 4, 1924. In 1920, after his time in the war and the birth of his daughter, Cummings decided to move to Paris, France to study art, but he frequently returned home for visits to the United States. He remained living there only until 1923, when he returned to the US and had his aforementioned wedding and divorce later the next year.

While in the US, Cummings resided at 4 Patchin Place, Greenwich Village in New York City. In 1925, tragedy struck Cummings’ life when his father died. Two years later in 1927, Cummings’ married Anne Barton. There is some discussion though to his marriages. It was documented that on August 31, 1934, Cummings divorced Anne Barton, yet it was also documented that in 1932, Cummings was married to Marion Morehouse. There is some argument, however, to whether or not Cummings and Morehouse had an actual wedding ceremony. In 1947, Cummings once again suffers loss when his mother dies. On September 3, 1962, Cummings died of a brain hemorrhage in North Conway, New Hampshire. Throughout the course of his life, E.E Cummings had many great accomplishments. As early as 1917, Cummings’ work was published in Eight Harvard Poets.

In 1920, Cummings’ poetry and prose form writing appeared in the Dial. In 1922, his first very famous prose work, The Enormous Room, was published. The book recounted his stay in a French camp where he was imprisoned during World War I. He then wrote his first book of verse, Tulips and Chimneys, in 1923. XLI Poems and & were written in 1925. Later that same year, he received the Dial award for distinguished service to American letters. Also in 1925, he was an essayist for Vanity Fair and other journals until 1927. In 1927 his play him was produced by the Provincetown Players in New York City. During these years he exhibited his paintings and drawings, but they failed to attract as much critical interest as his writings. Eimi (1933) recorded, in 432 pages of experimental prose, a 36-day visit to the Soviet Union, which confirmed his individualist repugnance for collectivism. In 1933, he received a Guggenheim fellowship.

In 1950, Cummings was inducted to the Fellowship of American Academy of Poets. In 1952, Cummings gave back to Harvard University by accepting the job of Charles Elliot Norton Professor until 1953. He published his discussions as the professor of poetry lecturing in i: six nonlectures. Then, in 1955, he received a special citation for Poems 1923-1954 by National Book Awards. In 1957 Cummings was awarded the Bollingen Prize in Poetry and the Boston Arts Festival Award. After his death, Complete Poems: 1913-1962 was published in 1972.